Sunshine to stick around Wednesday before rain returns Thursday

MACON, Georgia (41NBC/WMGT) – Sunshine will hang around most of Middle Georgia today in the wake of a weak cold front. 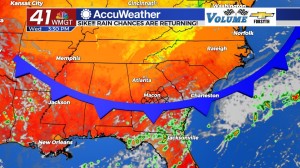 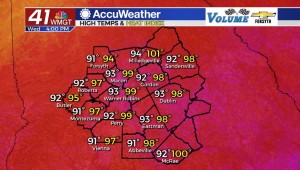 The skies were clear over most of Middle Georgia to begin the day, however a few spots saw low level clouds fill in around sunrise as temperatures reached their lows. We should see a good amount of sunshine around most of the region this afternoon allowing for plenty of warmth. Highs will reach the lower 90s for most of Middle Georgia with heat indices reaching into the upper 90s. Ambient winds will blow from the north early on today, however they will shift back towards the south as we head into the late afternoon and evening. 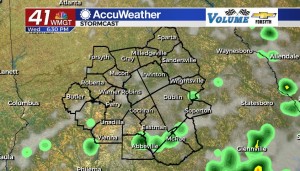 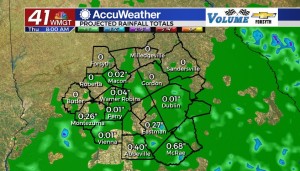 While today may be the sunniest day of the week it will still have a couple of storm chances. The cold front that came through yesterday evening and overnight has stalled out over our southern counties. It will ultimately become a stationary front that will bring plenty of rain in the coming days, but for today it will just bring a couple of isolated storms to our southeastern counties this afternoon and evening. A stray shower or two will still be possible elsewhere around Middle Georgia. 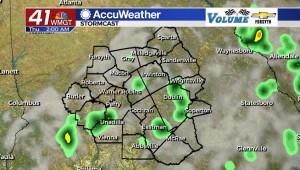 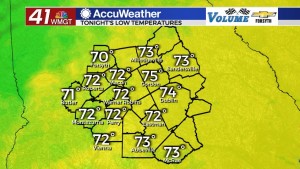 Overnight tonight we will begin to see cloud cover thicken, especially after midnight. A weak low pressure system is expected to develop in south Georgia tomorrow morning as the stationary front begins to take hold. Some showers will be possible overnight and into tomorrow morning, and plenty of clouds should be present by the time the sun rises tomorrow. Low temperatures will be in the lower 70s across the region and ambient winds will blow out of the south-southwest at 5 mph. 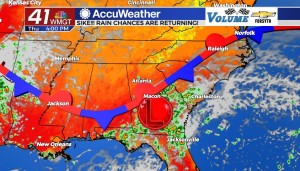 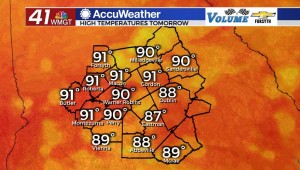 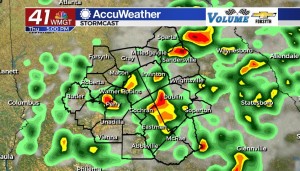 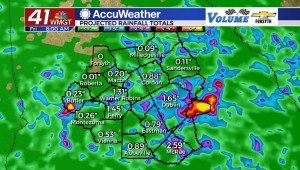 Mostly cloudy skies will be back for our Thursday as the stationary front begins to strengthen. Highs will still reach into the upper 80s and lower 90s around the region as a bit of sunshine is anticipated early. Storm activity will begin to ramp up more as the afternoon draws on, likely reaching peak intensity during the late afternoon and early evening hours. Those who see rain can anticipate anywhere between .5″ and 1.5″. 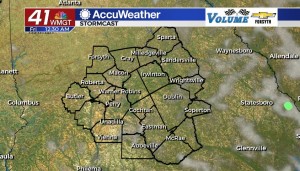 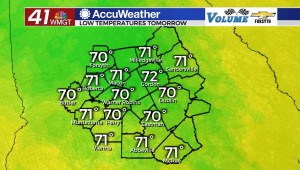 Tomorrow night a few showers will still be possible however most of the rain will have subsided. Overcast skies will stick around the region as winds come from the east-southeast at 5 mph. Lows will drop into the low and mid 70s around the region. 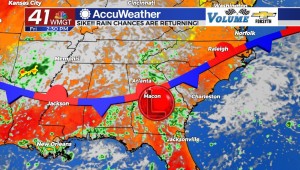 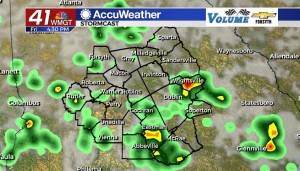 Mostly cloudy conditions will stick around once again on Friday along with a handful of afternoon storms. Highs will reach the upper 80s as wind continues to feed out of the southeast. Saturday will also see more storm chances though at this time they do not look to be quite as widespread. Highs will again be in the upper 80s on Saturday. Sunday, however, looks to be the wettest day of the week should model forecasts hold true, providing less than optimal conditions for those with barbecue plans for the holiday. Labor Day itself looks a bit better, however mostly cloudy conditions and scattered afternoon storms will still be likely. 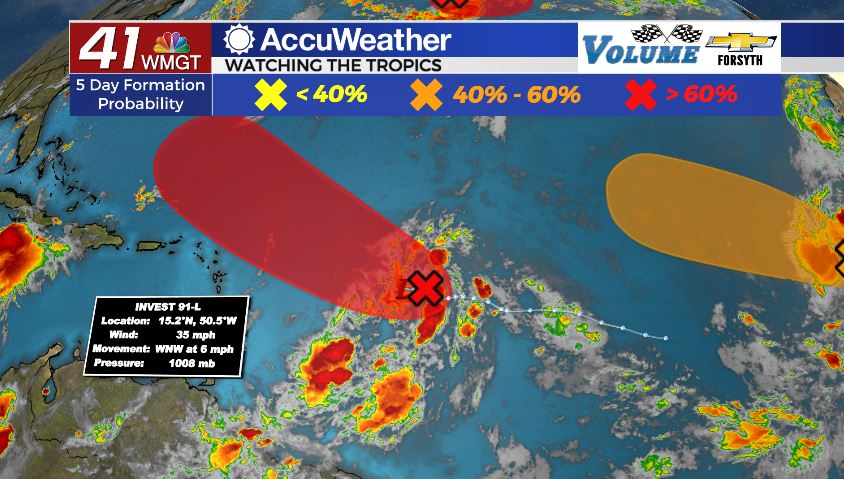 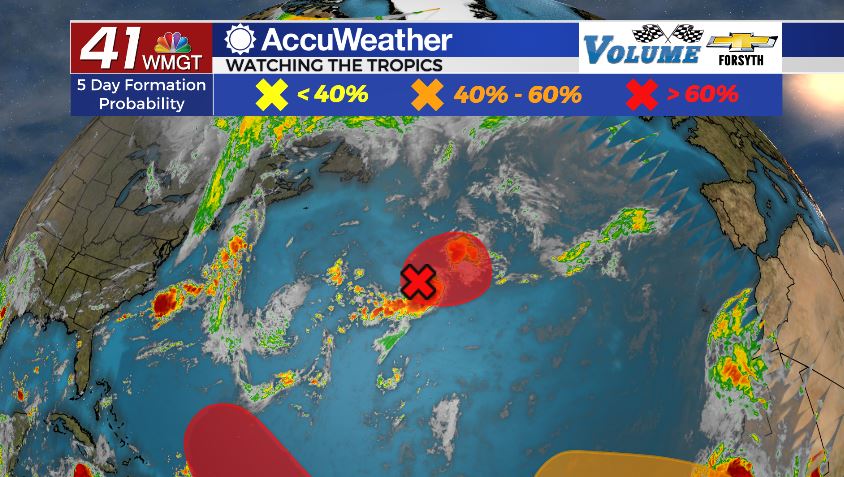 There is a storm cluster in the north Atlantic that may develop within the next few days as well, however based on its current location it will not pose a threat to the U.S. 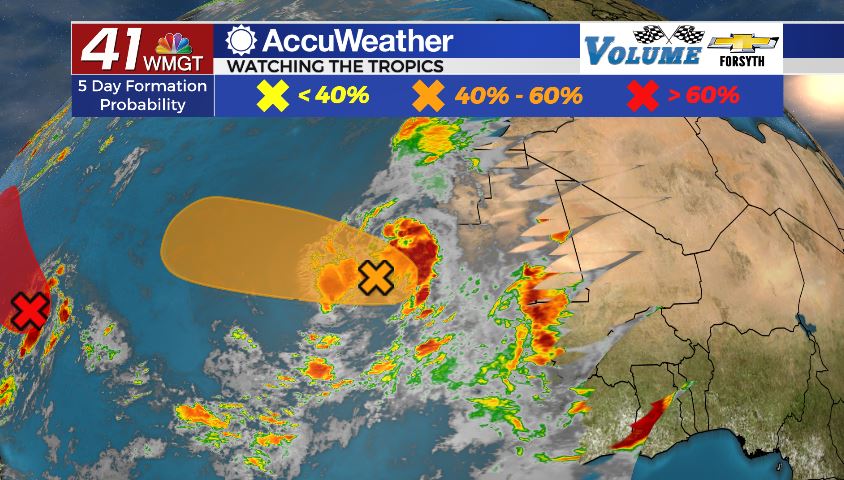 There is also a tropical wave coming off of the western coast of Africa. While its developmental outlook looks decent in the short term (40% 2 days, 50% in 5 days), it is anticipated to move over colder waters which will slow its growth. 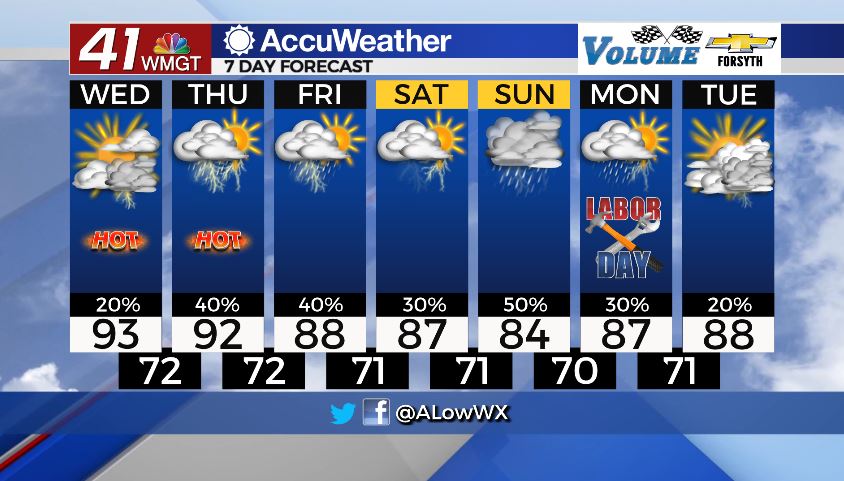