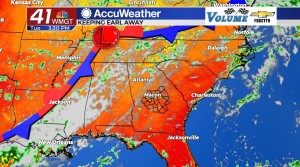 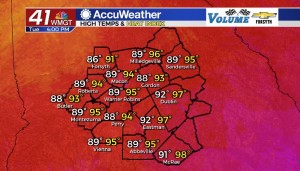 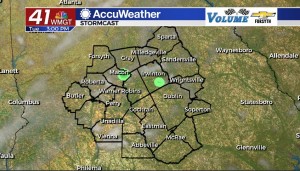 Sunny skies greeted Middle Georgian’s this morning as sunrises could be seen across the region. We are continuing to see pleasant skies as we head into the lunchtime hours. More clouds will develop as we head into the afternoon, however not enough to limit our heat by much. Highs are in the upper 80s and lower 90s around the region this afternoon with heat indices reaching into the mid to upper 90s. Storm chances are almost negligible today, however one or two stray showers or a rumble of thunder are still possible. Ambient winds throughout the day will primarily blow in from the west-northwest at 5-10 mph. 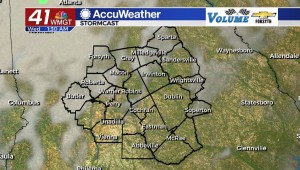 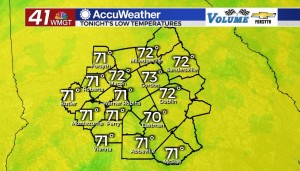 Skies should remain partly cloudy into the overnight hours. More cloud cover is anticipated to move in overnight, however many of them will be thin and wispy cirrus clouds. Overnight rain is not anticipated. Lows will drop into the lower 70s across the board as the winds come in from the northwest at 5 mph. 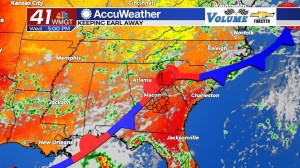 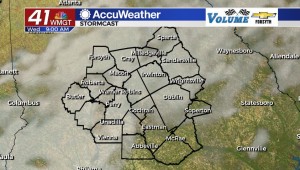 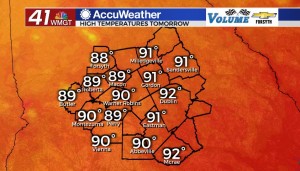 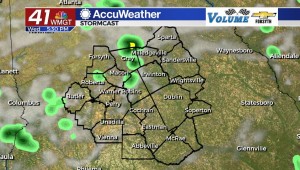 Partly cloudy skies are anticipated around Middle Georgia once again for our Wednesday. Highs will be in the upper 80s and lower 90s, and ambient winds will again blow in from the west-northwest. We will likely see more cirrus clouds tomorrow afternoon than today, leading to overall more cloud cover. Our storm chances in the evening are also slightly higher, but most of the region will still stay dry. 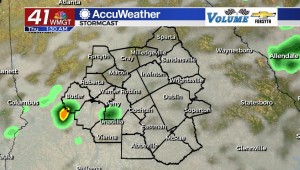 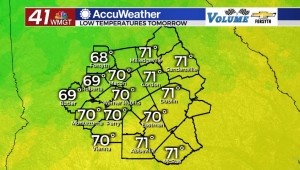 A couple of isolated showers will be possible during the overnight hours tomorrow as well. Skies will be partly to mostly cloudy around the region with lows again only dropping into the lower 70s and upper 60s. Ambient winds will blow from the northwest at 5 mph. 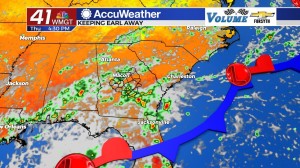 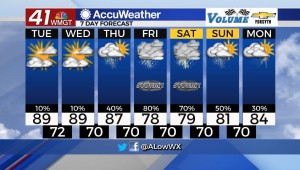 Following the sun of Tuesday and Wednesday more clouds will begin to return on Thursday. Scattered storms are likely Thursday afternoon. A low pressure system developing in the Gulf of Mexico will bring plenty of rain to the Peach State come Friday and into the Weekend. Middle Georgian’s may want to consider pushing their outdoor plans for the weekend back a bit. 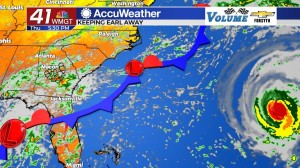 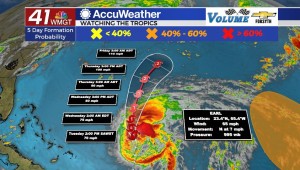 Tropical Storm Earl seems to be losing a bit of organization, however hurricane status is still likely in its future. A chain of cold fronts over the Eastern US will keep Earl out to sea. 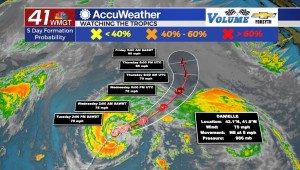 Hurricane Danielle is continuing to weaken as it moves over colder waters. It also poses no threat to the United States. 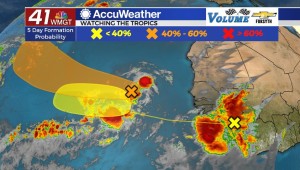 A pair of tropical waves off the west coast of Africa could be our next pair of threats. The first one is starting to organize a bit with the NHC giving it a 40% chance for development in 48 hours and a 60% over the next 5 days. A second wave is just now forming and has a 20% chance to form in the next 5 days.