Sunshine returns ahead of Wednesday afternoon 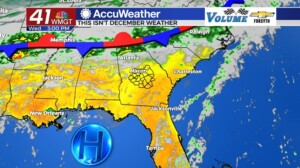 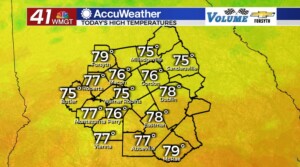 There was dense fog across most of Middle Georgia to begin our Wednesday. Only Crawford, Dooly, Houston, Macon, Peach and Taylor counties were spared from a Dense Fog Advisory earlier. That fog has mostly lifted as we roll into the lunchtime hours, and for much of the region that has revealed plenty of sun overhead. Highs will warm today in response to the sun with most of the region reaching into the mid 70s. The southern counties in the region will likely see highs inching towards the 80 degree mark. 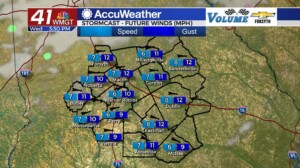 A few clouds will still hang around here or there, but there will be plenty of clearing during the late afternoon hours. Ambient winds throughout the day will blow from the west and west-southwest at 3-9 mph. While most of the region will not see any rain, a stray shower or two somewhere in Middle Georgia cannot be ruled out. 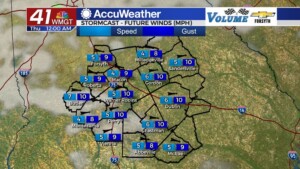 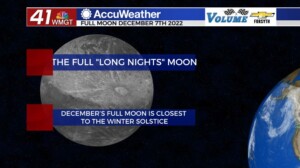 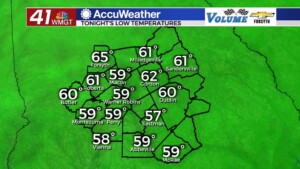 Tonight we will see mostly clear conditions as things remain rather muggy. Winds will blow from the west-southwest at 3-6 mph. Given the mostly clear conditions we should have a nice view of the Full Long Night’s Moon tonight, named due to its proximity to the Winter Solstice: the shortest day of the year. Low temperatures will be about the same as what we woke up to today: upper 50s and lower 60s. Given the calm winds overnight and lack of anything to clear out the moist air mass more fog is likely leading into tomorrow morning.

The rest of the week will see plenty of sun and warmth before we cool down slightly this weekend. 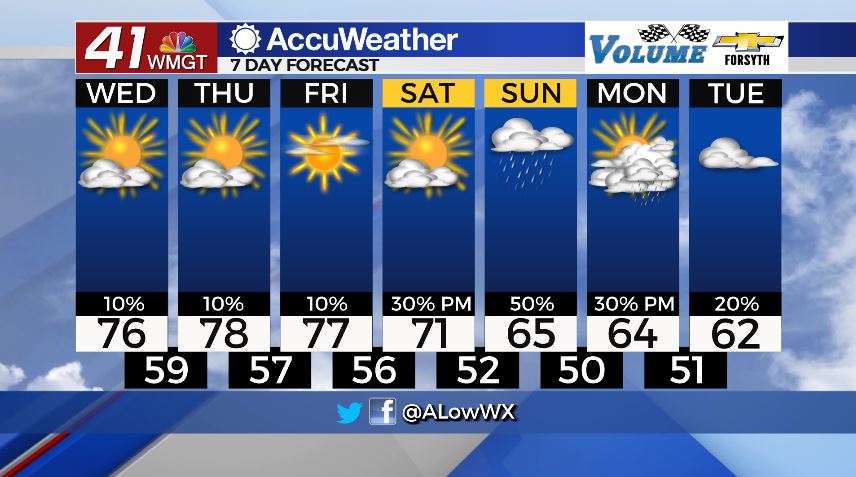