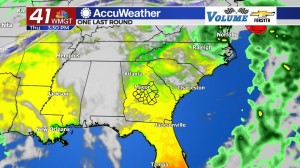 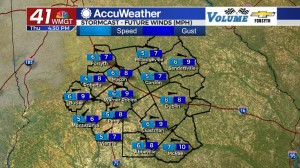 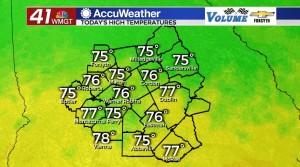 It was an extremely foggy start to the day around most of Middle Georgia. A dense fog advisory remained in effect until 10:00 AM EDT, but now we are mainly left with sunny skies. There will be plenty of warmth this afternoon as temperatures rise into the mid to upper 70s around the region. Cloud cover will overall remain minimal, however a few high level clouds will likely pass through this evening and early tonight. The wind will shift from the northwest to to the southwest as the day goes by, blowing at about 5 mph. 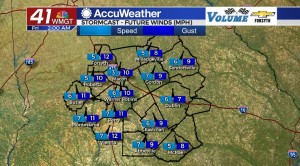 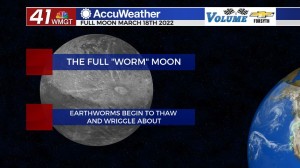 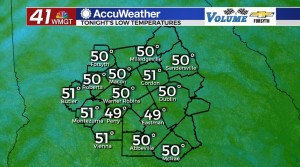 Overnight the wind will continue to shift until it reaches a southerly flow, still staying at 5 mph. Cloud cover will still remain minimal, providing the optimal viewing experience for the Full Worm Moon. It will remain humid as we head towards tomorrow morning, so do not be surprised by patchy fog around the region heading into the sunrise hours of Friday. Low temperatures will stay on the mild side as a result, again falling into the upper 40s and lower 50s. 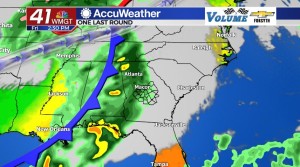 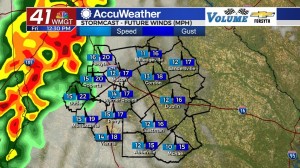 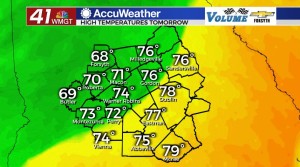 We should be able to see the sunrise to begin the day tomorrow, but not long after that cloud cover should quickly begin to fill in. A cold front will make its approach from the west and push into Middle Georgia during the lunchtime hours, likely between 12:00 PM and 3:00 PM. The heavy rain and thunderstorm activity looks to move in during the latter part of that window as of now. Wind will continue to blow in from the south ahead of the cold front, picking up speed to 10-15 mph. Gusts could reach 20 mph. Temperatures ahead of the cold front will likely peak in the upper 60s and lower 70s around the region, with more spots likely being in the 70s. 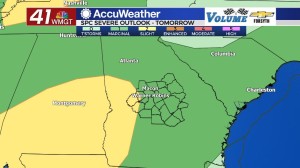 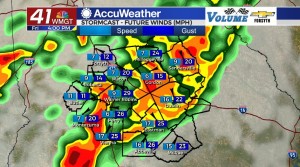 In terms of the severe weather risk, it is mainly a Level 1 “Marginal” risk for the region once again. There are a couple of counties in the Level 2 “Slight” risk zone, including Taylor, Macon, and Crawford. At this time models are not hinting at very many independent cell storms out in front of the main line tomorrow afternoon. This should keep the hail and tornado threat down. Strong straight line wind gusts, however, will be likely as the line of storms arrives. Additionally, the line is expected to move through relatively slow, so flash flooding will likely be a concern as well. Models are hinting at rain totals around the region between .75″ and 2″. Rain activity should begin to subside not long after sunset. 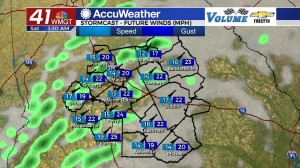 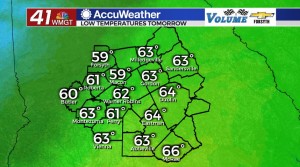 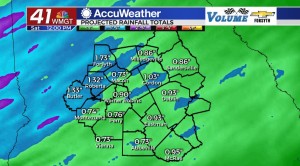 Overnight a good bit of cloud cover will hang overhead as the cold front stalls out over the region. A few showers are also likely after midnight. Low temperatures will stay rather warm, this time only dropping into the upper 50s and lower 60s. Winds will shift more to the west following the passing of the cold front, coming in at 10-15 mph with gusts up to 20 mph. 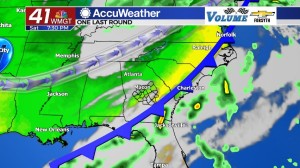 It was initially expected that a good bit of sunshine would be seen on Saturday. That should still be the case for the northern half of our region, however the southern counties (likely all of those south of I-16) will be stuck with a blanket of clouds most of the day. Recall above that it was mentioned how the cold front would “stall out”. For this reason, some showers will remain possible in southern counties such as Wilcox, Wheeler, and Telfair early Saturday along with the stubborn cloud cover. In fact, some of those clouds could still be hanging around by Sunday morning for a few of those southern counties. For the northern counties, expect mostly sunny skies with temperatures peaking in the mid 70s. The southern counties will likely remain cooler, either upper 60s or lower 70s. Winds across the board, however, will be westerly at 10-15 mph. 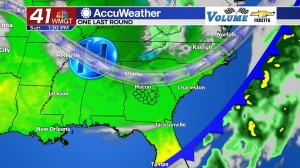 Sunday will see sunny skies across the board for the first time since St. Patrick’s Day, although the morning should not begin with fog as lows from the previous night should drop into the low to mid 40s. Winds Sunday afternoon will blow in from the northwest at 5-10 mph as temperatures peak in the mid 70s for most of the region. Pleasant conditions should carry into Monday before thicker cloud cover returns again Tuesday evening with more rain likely on Wednesday. 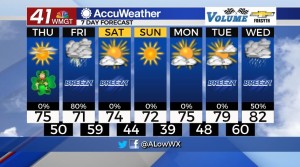