Sunshine continues into the middle of the week

MACON, Georgia. (41NBC/WMGT) – Temperatures will continue to climb as a mix of sun and clouds remain over Middle GA. 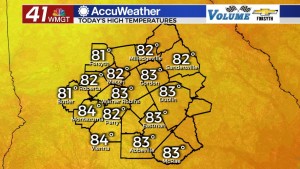 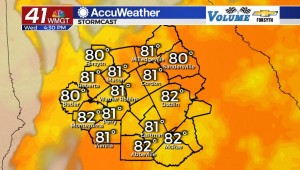 The early morning hours of Wednesday saw more than their fair share of clouds across Middle GA. There was also a good bit of patchy fog mixed in for anyone making an early morning commute. Those clouds did not hang around long as the majority of the region saw sunny skies by 9 am. Temperatures later this afternoon will top off in the lower to mid 80s, maybe a degree or two warmer than yesterday in most spot. Scattered clouds will likely fill in during the late afternoon hours, however rain is not expected. Wind will continue to gently blow in from the east at about 5 mph, keeping some extra moisture in the area. Overnight high level clouds are going to fill in again, eventually leading to blanket conditions heading into Thursday morning. Despite this, temperatures will still fall into the upper 50s and lower 60s. 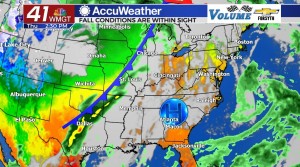 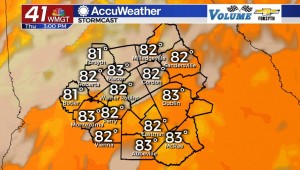 Thursday looks to be a near carbon copy of Wednesday, with the only real difference being the high temperatures. The morning will kick off with an abundance of cloud cover that will quickly give way to sunshine as the lunchtime hours approach. The wind will begin to shift to the south, primarily blowing out of the southeast. High temperatures for most of the region, however, will be back in the mid 80s with the warmest locations knocking on the upper 80s. Rain chances will still be negligible when scattered clouds fill in during the later hours of daylight. Overnight more high level clouds will fill in as low temperatures fall into the lower 60s. Wind direction overnight will also shift from the southeast to the southwest ahead of a warm front.

Friday and into the Weekend 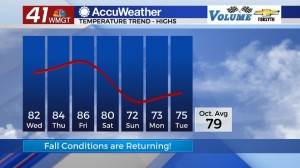 Temperatures will continue to climb into the mid to upper 80s Friday afternoon thanks to a warm front moving through the Peach State. This warm front, however, will be much different from the last one that was experienced. A weak low pressure system will form over eastern Oklahoma Thursday and advance eastward. This low pressure system will not have a whole lot of moisture with it, limiting rain potential with its fronts. The rain chances are slim on Friday for Middle GA, with the best chance coming late in the evening if not the early overnight hours.

Saturday is the day of the cold front from the same weak low. It will be bringing cooler temperatures and some thunderstorms to Middle GA through the afternoon as highs will only top off in the upper 70s and lower 80s. Thunderstorm activity will likely be brief during the late afternoon and early evening hours. Wind will shift from the southwest to the northwest with the passing of the cold front as well as pick up in intensity. Sustained speeds from the northwest will be over 10mph with gusts likely upwards of 25 mph. This wind, however, will be bringing cool and dry air to Georgia, bringing back the fall like conditions that were seen at the end of September when fall began. High temperatures Sunday around the region will be in the lower 70s with low temperatures falling into the mid to upper 40s. 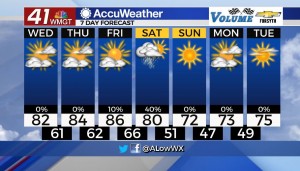