Sunny days to hang around for Middle Georgia 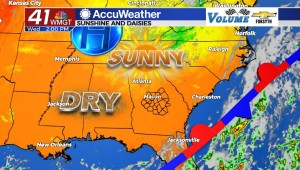 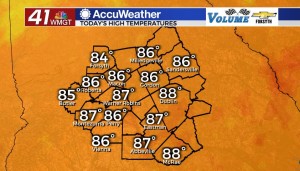 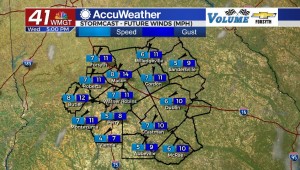 It was the coolest morning of the week for Middle Georgians. Temperatures around the region were mainly in the upper 50s to kick the morning off, however some spots got as low as 54 degrees while some were as warm as 63. We will all see temperatures rise into the mid and upper 80s this afternoon, however dew points will remain in the mid to upper 50s, making for a pleasant afternoon. Cloud cover will be hard to come by with only a couple of cumulus clouds likely to develop in the afternoon. Sunblock is suggested for anyone spending abundant time outdoors. Ambient winds will predominantly blow out of the northwest at about 5-10 mph. 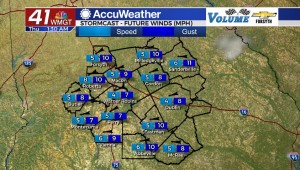 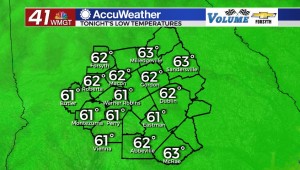 Any clouds that filled in during the afternoon will quickly fade once the sun sets. The winds will shift more towards the east as they come in at about 5 mph from the east-northeast. Low temperatures will be a few degrees warmer than this morning as we head out the door to the lower 60s across Middle Georgia. 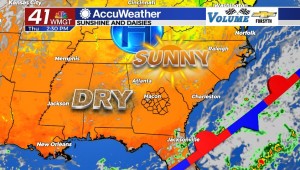 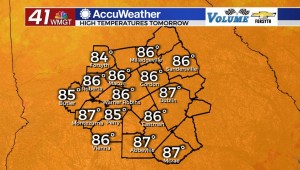 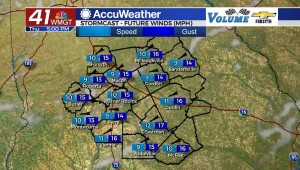 Our Thursday will also be plenty sunny as highs climb into the mid and upper 80s again. Winds will mainly blow from the east-northeast at about 10-15 mph. Gusts could reach speeds upwards of 20 mph, adding a nice breeze. 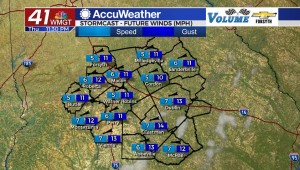 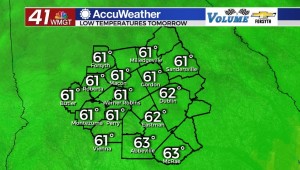 Conditions will remain clear overnight as temperatures drop into the lower 60s once again. Ambient winds will continue to feed in from the east-northeast at about 5-10 mph. 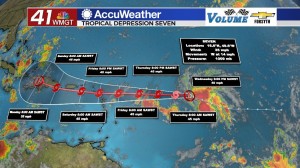 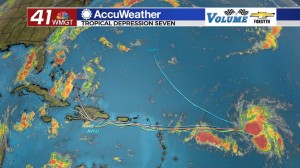 Tropical Depression Seven has just formed in the Atlantic Basin about 800 miles to the east of the Lesser Antilles. It is moving due east at about 14 mph and currently has sustained winds of 35 mph. An upgrade to Tropical Storm Fiona is likely in the near future, and given its current trajectory it needs to be watched closely in the coming days. Only one model has it staying out to sea while four models have it barreling straight towards Puerto Rico and Hispaniola. 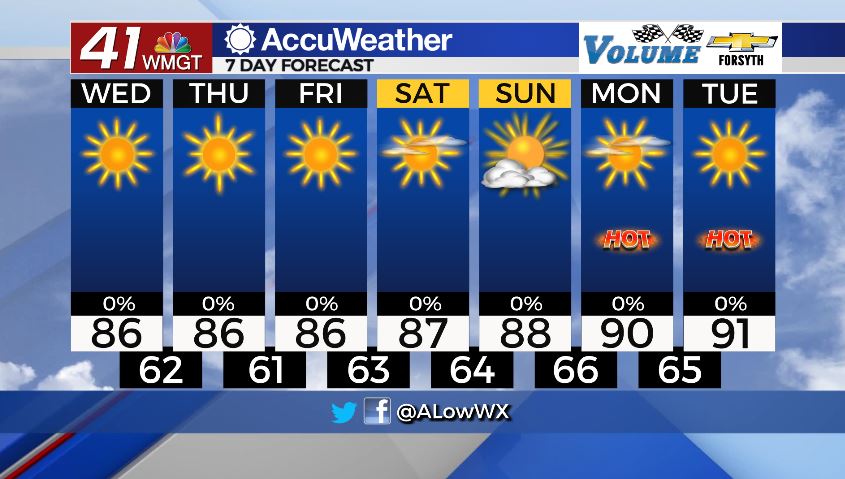