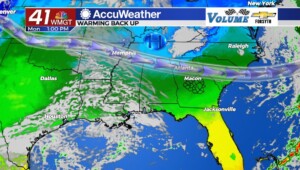 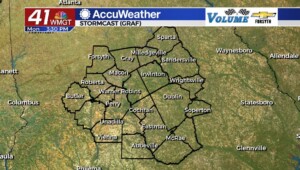 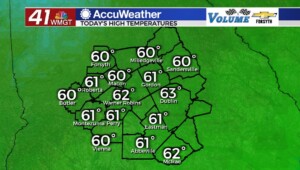 Monday morning began with a few lingering showers and plenty of clouds in Middle Georgia. There were also a handful of foggy spots. The rain cleared quickly and most of the clouds were gone by the sunrise. The sun will now remain with the region the rest of the day. Temperatures will reach into the upper 50s and lower 60s across Middle Georgia. Winds will blow from the north-northwest at 5-13 mph, however gusts could push as high as 20 mph. These winds could add a slight chill to the air, so it wouldn’t be a bad idea for Middle Georgians to keep a light jacket handy. A few clouds may begin to push in from the west during the late evening hours, but that’s all we should see while the sun is out. 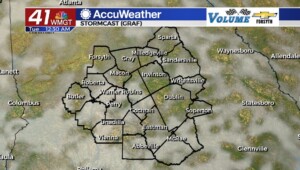 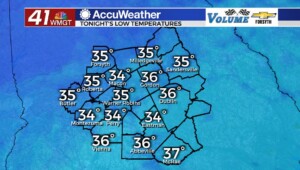 Tonight we will have a handful of clouds move through, providing enough insulation to keep our low temperatures above freezing for most if not all of Middle Georgia. Winds will blow from the northwest at about 5 mph. Most of the cloud cover will clear out during the sunrise hours tomorrow, which should make for a pretty start to our Tuesday. 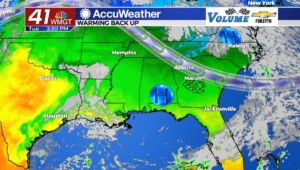 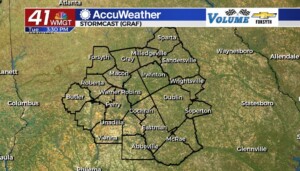 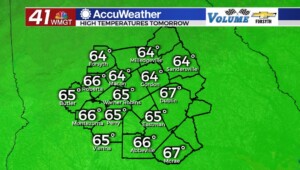 Following the clearing clouds in the morning the Middle Georgia skies should remain mostly clear the rest of the day. Temperatures will warm into the mid to upper 60s around the region as winds blow from the west-southwest at about 5-10 mph. 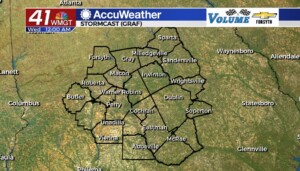 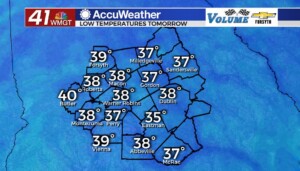 Winds will shift more towards the southwest tomorrow night at about 5-10 mph, beginning to return some moisture to the Middle Georgia atmosphere. Temperatures will still drop into the upper 30s and lower 40s across the region to begin our Wednesday. Skies overhead should remain mostly clear tomorrow night as well. 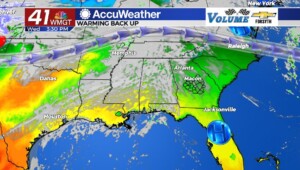 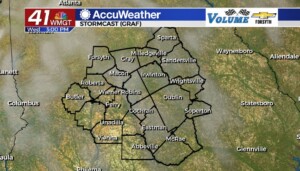 Temperatures will rise into the upper 60s (and maybe even lower 70s) Wednesday afternoon. There will be plenty of sun early, but over the back half of the day cloud cover will increase. An approaching storm system will bring plenty of humidity to Middle Georgia Wednesday night as low temperatures make the jump from the upper 30s into the low to mid 50s. An isolated shower or two cannot be ruled out overnight Wednesday either. 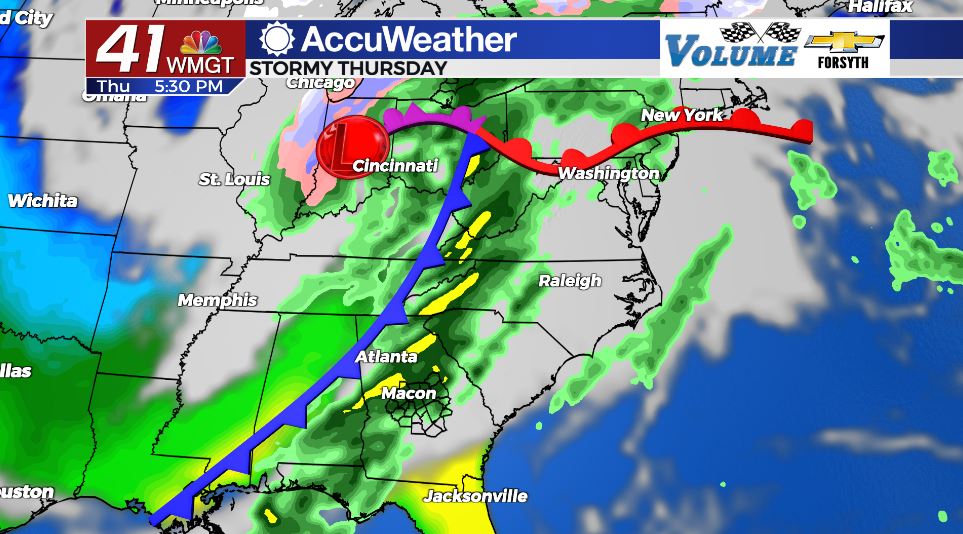 The warm front will arrive early Thursday with rain likely throughout the day. Thunderstorms will likely move through during the evening and overnight hours as the next cold front makes its pass. Highs on Thursday are likely to be in the low to mid 70s, providing plenty of fuel for storms. What does look promising at this time, however, is that the SPC has not issued any risks for severe weather to the west of Georgia in the days leading up to Thursday. Hopefully that trend continues and Middle Georgia just gets some standard thunderstorms.

The sun will return Friday afternoon as temperatures peak in the low to mid 50s in the cold front’s wake. Fully clear skies will return by Friday night and the sun will stick around into the weekend. 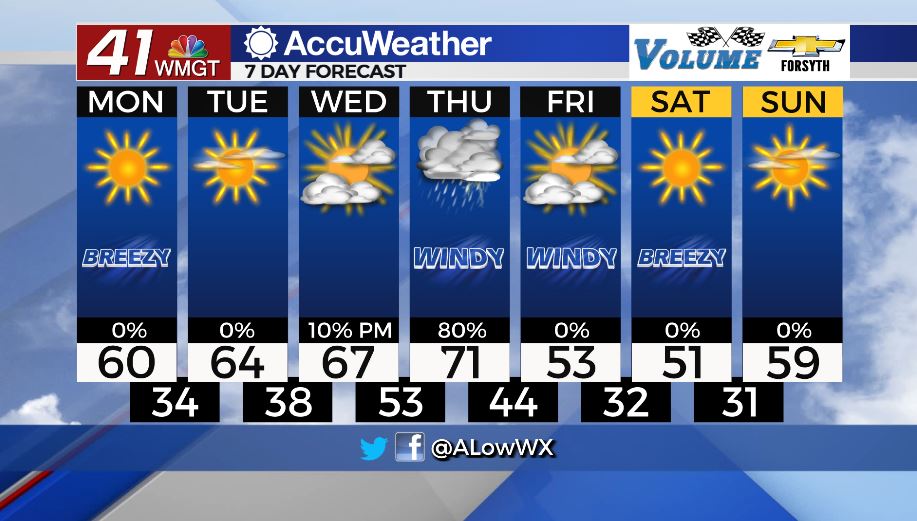