MACON, Georgia (41NBC/WMGT) – Winds will be at the strongest today in Middle Georgia as Tropical Storm Ian moves into the Atlantic. 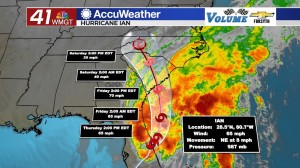 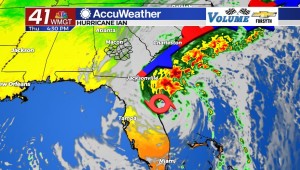 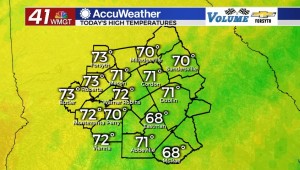 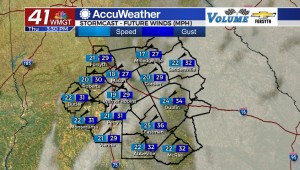 It is a split forecast for Middle Georgia this afternoon as a result of Tropical Storm Ian. The eastern half of the region will see clouds, while the western half sees sunny skies. This will result in high temperatures in the lower 70s in the western half and the upper 60s in the eastern half. The strong winds, however, will be universal. A wind advisory is in effect for all of Middle Georgia until 8:00 PM EDT Thursday evening. Sustained speeds will range from 15-25 mph throughout the day today with the strongest winds taking place in the southeastern counties. Gusts could reach speeds of up to 40 mph. There is no rain expected during the day today, however. 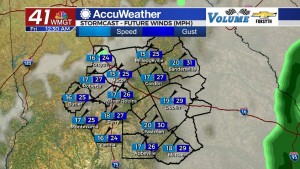 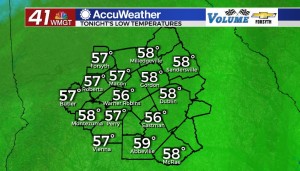 Tonight our rain chances are also quite slim. Ian will approach South Carolina from the south, pulling some cloud cover away from our eastern counties. We will still see some strong gusts into the overnight hours and potentially tomorrow morning, however, especially in the eastern counties. In terms of the aforementioned rain chances, a couple of our northeastern counties could see some showers tonight, but that would be all. Lows around Middle Georgia will be in the mid to upper 50s. 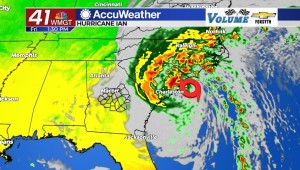 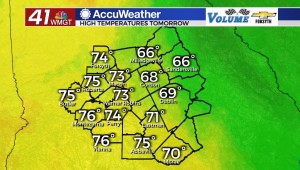 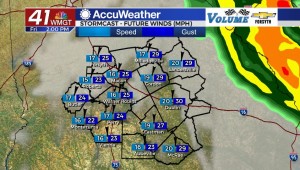 Ian is expected to make a second landfall somewhere near Charleston, SC tomorrow afternoon. As a result our overall rain chances for our Friday have plummeted. Some of our eastern counties may see some light rain, but the central and western counties will be lucky to see a sprinkle. Cloud cover will increase around the region in the afternoon and evening as Ian makes its way further inland. Sustained winds tomorrow will likely still fall in the 15-20 mph range around the region, and high temperatures will reach the upper 60s in the eastern counties and the low to mid 70s in the western counties. 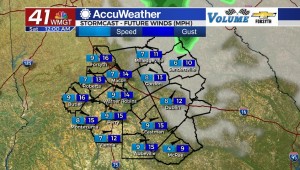 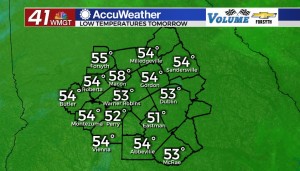 Overnight we will see cloudy conditions for most of the region as Ian moves past to the northeast. We could see a shower or two in our northeastern counties, but that would be it rain-wise. Plenty of wind is still expected from the north with sustained speeds of anywhere from 5-20 mph and gusts upwards of 30 mph. Low temperatures will be in the upper 50s across the board. 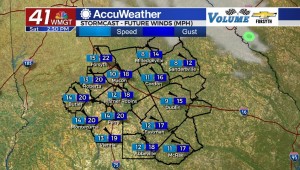 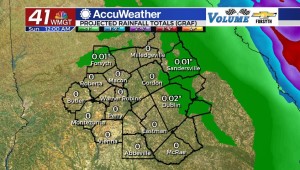 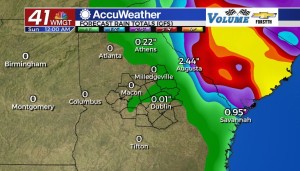 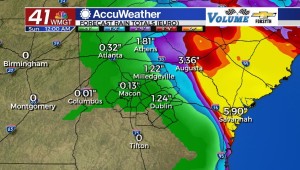 Much like Friday because of the eastern track Ian took our rain chances on Saturday are just about zero. We may see a shower or two early in the northern counties, but that would likely be all. The sun should be out for much of the region with the southern counties seeing very few clouds. Highs will be in the lower 70s for most of the region Saturday afternoon, and the wind will be a good deal calmer as well. Sustained speeds will come from the west-northwest at about 5-15 mph, however gusts could still reach up to 25 mph. The gusts should back off some Saturday night before they resume more Sunday afternoon.

Heading into next week expect a mix of sun and clouds each day with temperatures slowly rising back to the upper 70s and lower 80s. The wind will also be a lot calmer next week as Ian dissipates away. 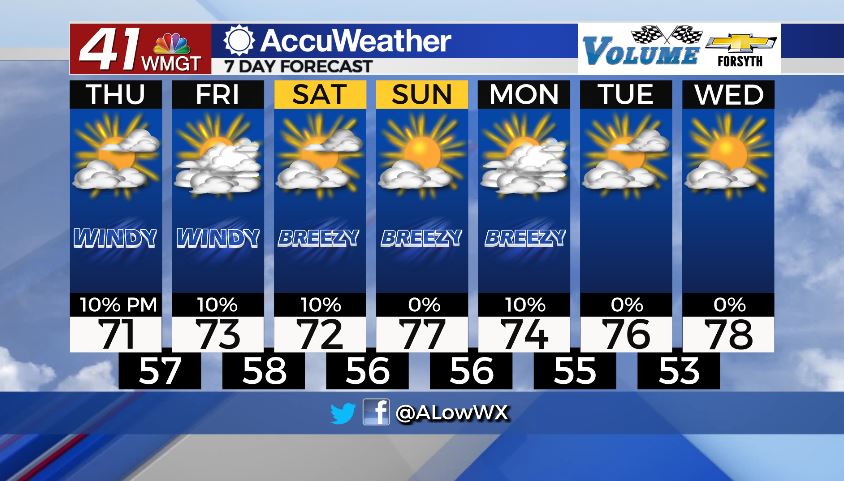