After another rainy afternoon, we will be seeing a break from the widespread storms for at least a day.

Partly cloudy skies will be allowing us to warm up into the 90’s by tomorrow afternoon with continued high humidity.

As the low pressure center, that has helped to kick off our storms, moves to the north, our thunderstorm chances will also migrate that direction. 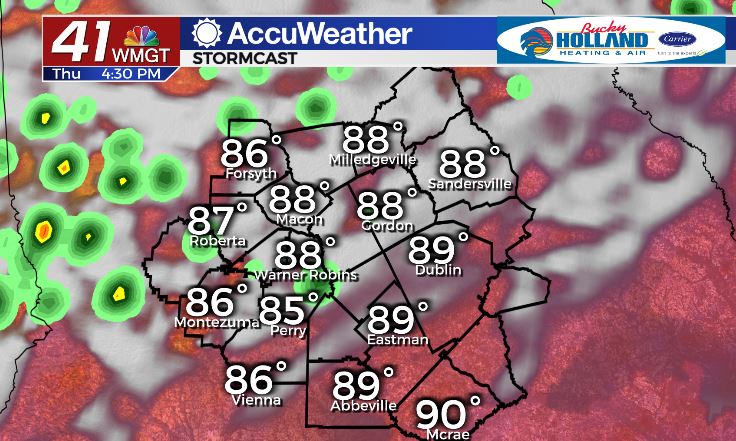 By Thursday we will see a few more showers and storms pop up in northern portions Middle Georgia.

Highs will once again be warming to the mid and low 90’s depending on the coverage of afternoon storms. 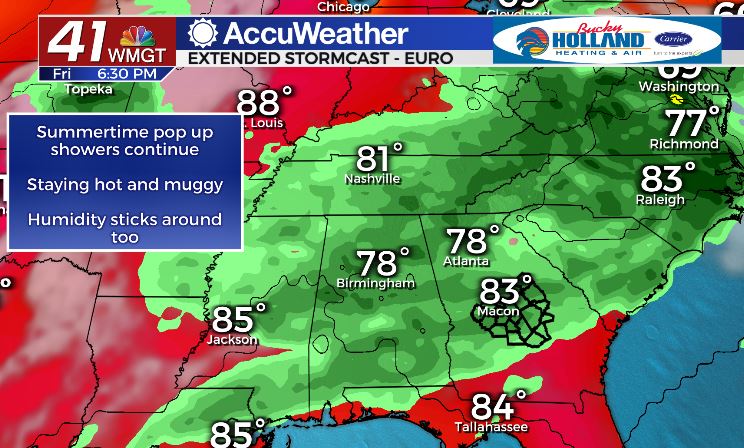 By the weekend increased rain chances will return to the area.

Showers and thunderstorms will be possible each day this weekend, but I’m not expecting the weekend to be a total rain out. 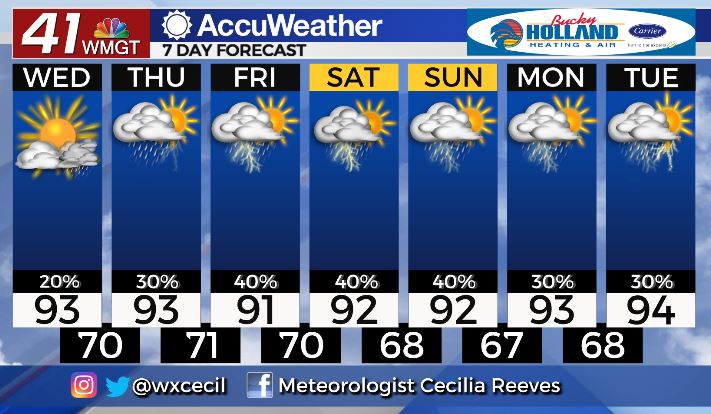 Next week, we will be starting the work week with highs in the 90’s and more chances for scattered storms. 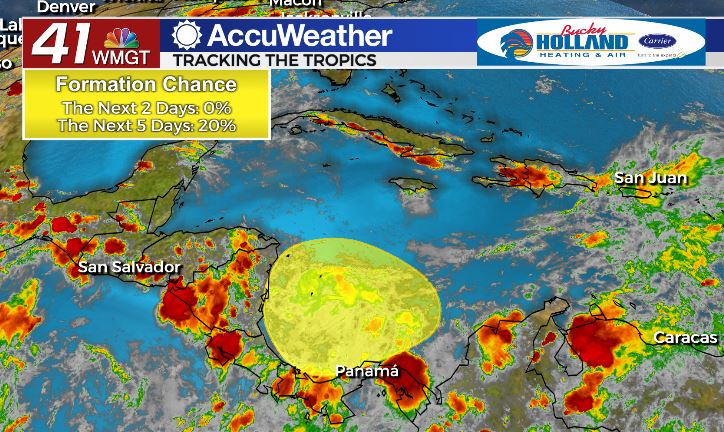 If our scattered storm chances were not enough, we will be keeping a close eye on Central America for a potential tropical system.

At this point there is a 20% chance of development within the next 5 days, but some models are suggesting that we could see tropical development in the Gulf of Mexico by late next week.

It is really too early to pin anything down right now, but we are definitely keeping an eye on that area.