The Collins P. Lee Branch will be housed in Harrisburg Park.

The million dollar state-of-the-art facility is part of the Harrisburg Neighborhood Revitalization and Master Plan, that was published on March 14, 2016. 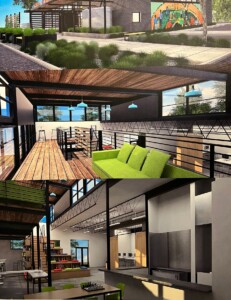 “Through hope, dedication, support and love we will build on the strengths of our historic community to provide opportunities, education and quality housing to meet the dreams of families, youth, and seniors of Harrisburg,” said Tobar. “Our leadership, commitment, and experience proves that we can create a sustainable, vibrant and transformed community.”

He says the park’s enhancements in recent years, the housing being rehabilitated in 2023 and the upcoming construction of a state-of-the-art library is making the vision a reality.