Showers and clouds to keep things cool ahead of major heatwave 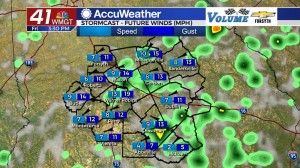 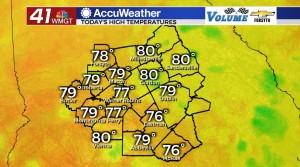 Friday began with a blanket of clouds over Middle Georgia along with a few isolated light showers. It was a warm morning as the entire region began the day over 60 degrees with most spots hovering around 65. There were a few spots that had patchy fog as well. We will likely see pockets of sunshine later this afternoon as things heat up. Scattered showers and a few thunderstorms will populate the afternoon as temperatures peak in the upper 70s. A couple of spots may reach 80 degrees. The wind will be shifting towards the east-southeast at about 6-12 mph. No severe weather is expected, however there could be a couple of strong wind gusts later this afternoon. Storm activity will peak during the late afternoon hours with rain tapering off into the evening. 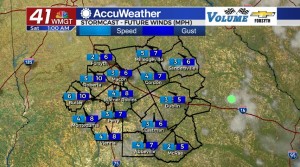 Cloud cover will clear pretty quickly tonight, however it likely will not be until almost midnight. A few showers will be possible during the early overnight hours around the region. The wind will come from the east-southeast at about 5 mph. Due to the clouds breaking, low temperatures should drop by about 5-7 degrees from last night into the upper 50s and lower 60s. 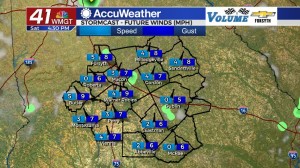 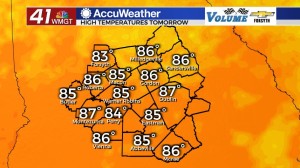 We will still see a handful of clouds throughout the day tomorrow. Early on it will mainly be high level cirrus clouds, however mid-level cloud fields will develop in the afternoon as things get warm. Highs will be in the mid 80s, matching the peak from Wednesday afternoon. There won’t be much wind as it comes in from the southeast at about 5 mph, meaning other outlets will be needed to beat the heat if you are going to spend the day outside. A few scattered showers and storms will be possible in the afternoon, however they will be short lived and should taper off into the evening. 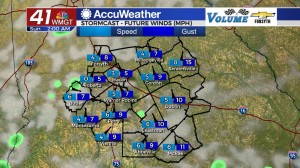 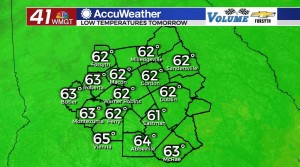 Skies will remain partly cloudy overnight with most of the clouds clearing by Sunday morning. Conditions overnight will remain warm as the wind comes in from the south-southeast at 5 mph. Lows will only drop into the low to mid 60s.

Highs in the 90s. Every afternoon. Clouds will develop in the afternoon with some isolated showers and storms. Winds will remain under 10 mph coming from some variation of the southwest. This pattern looks to remain in place through next Friday, so keep the sunglasses and sunblock handy! 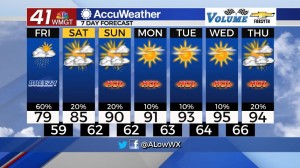