September to begin on a wet note for the Peach State 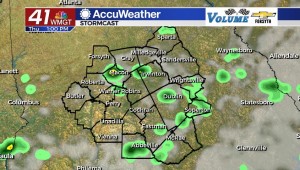 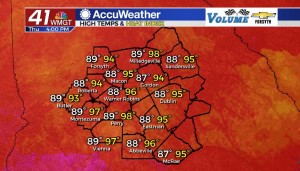 It’s a sunny start for Middle Georgia today but cloud cover will fill in later this afternoon. A low pressure system is churning in South Georgia and slowly moving northward, bringing moisture and clouds with it. The early sun, however, is allowing for temperatures to rise quickly. Highs around the region are in the upper 80s today with heat indices reaching into the mid 90s. Ambient winds will mainly flow out of the east-southeast at about 5 mph. 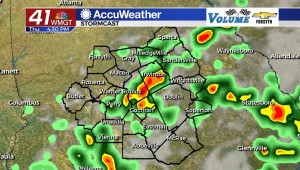 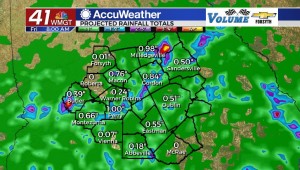 Storms will begin to fire up as we roll into the later lunchtime hours today, reaching their peak intensity in the later afternoon and early evening hours. Storms will bring plenty of moderate to heavy rain; those in the region who see storm activity (which should be more than half) will likely see between .25″ and .75″ of rainfall. Storms should begin to taper off in the later evening hours. 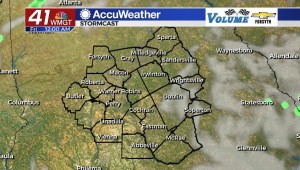 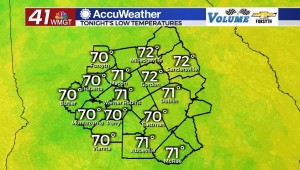 Mostly cloudy conditions will stick around through the overnight hours, however overnight rain is not expected for the most part. A couple of stray showers may form up after midnight, but most of Middle Georgia will head into tomorrow morning on a cloudy and humid note. Lows will be in the lower 70s across the board with ambient winds coming from the southeast at about 5 mph. 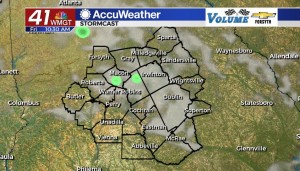 Friday will see similar conditions to Thursday overall, however there will be a couple of key differences, the main of which is a cloudy start to the day instead of a sunny start. This will restrict high temperatures in the afternoon. Currently tomorrow’s highs are forecast to reach the low to mid 80s. Ambient winds will continue to blow from the southeast at about 5 mph. 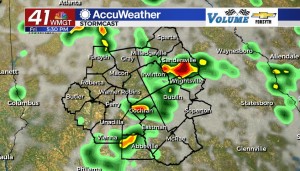 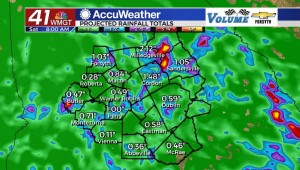 Storm chances will once again be higher in the afternoon and early evening hours. Those planning long drives for Labor Day weekend should plan for a bit of extra time due to the expected wet weather. Once again forecast rain totals will mainly fall in the .25″ to .75″ range, leading to totals of 1″+ in several areas around Middle Georgia leading into Friday night. 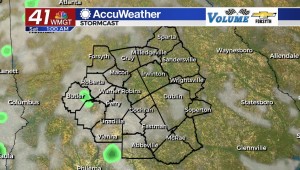 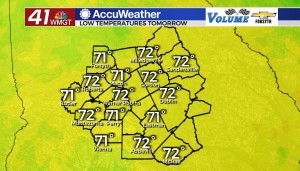 Rain should not continue into the overnight hours, however overcast conditions will. A couple of stray showers, however, will remain possible. Lows will drop into the lower 70s around the region with east-southeast winds coming in at 5 mph. 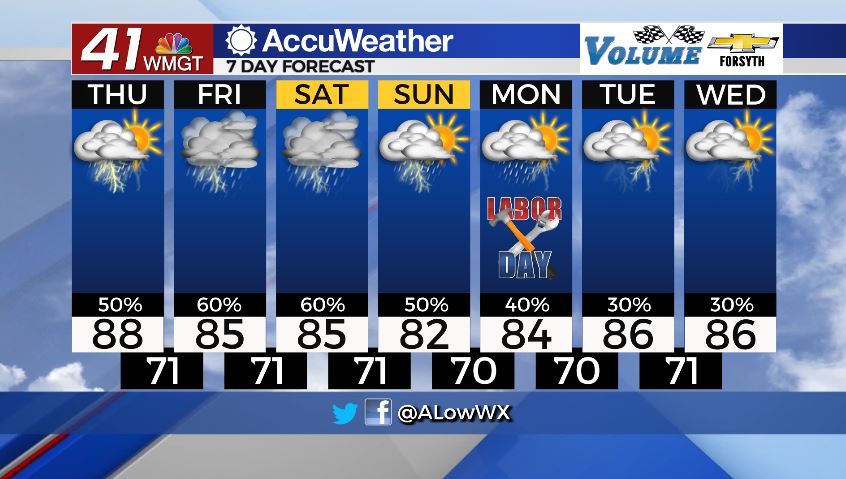 Those travelling for Labor Day weekend should plan delays on the roadways if driving north or south. The next several days for Middle Georgia look rather wet, however Friday and Saturday currently look to be the worst for the region. Atlanta will get the worst of the rain as the low continues to move north Saturday through Monday. Middle Georgia will still likely see some scattered storms Saturday and Sunday as well. This pattern looks to carry into the start of next week before potentially slowing down in the middle of next week. 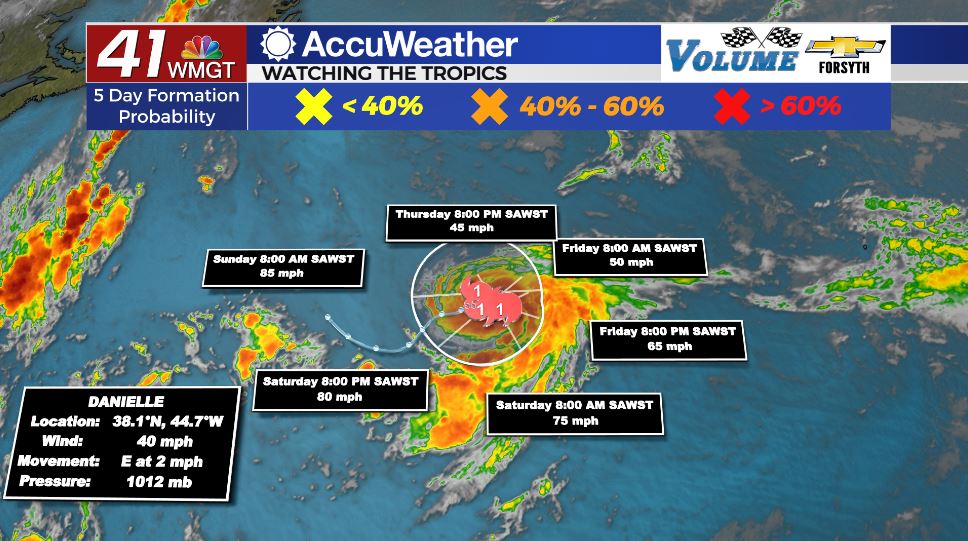 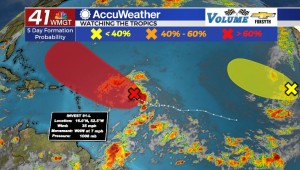 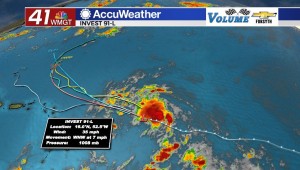 Invest 91-L is very close to also becoming a Tropical Depression and will likely become Tropical Depression Six before the holiday weekend is over (60% chance 48 hours, 80% 5 days). This one, unfortunately, is still out to sea in the Atlantic moving slowly to the west-northwest. Multiple models have this system staying out to sea, however there is too much uncertainty at this time to know for sure. This is the most immediate potential threat to Georgia and the U.S. East Coast. 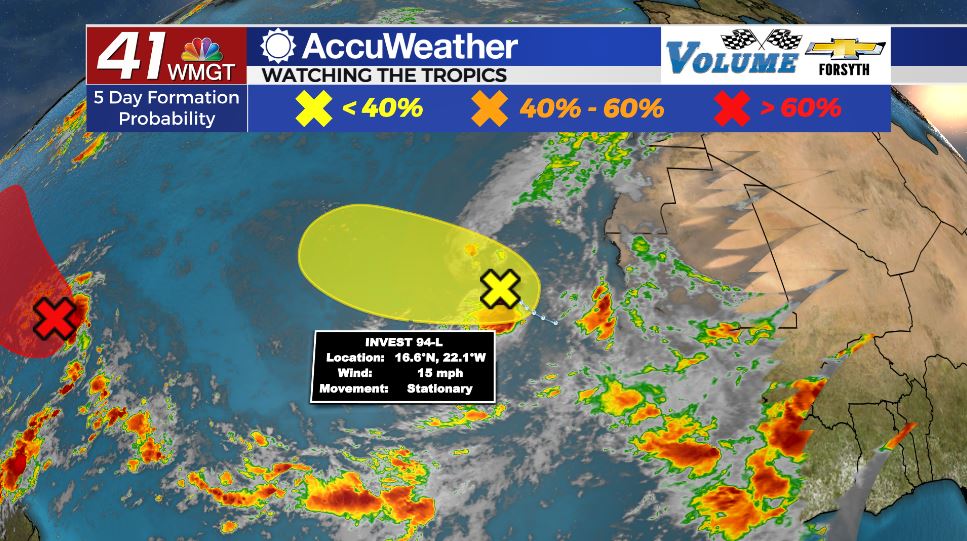 Invest 94-L is a weak cluster of storms currently moving off the western coast of Africa. It has a 30% chance to develop in both 48 hours and 5 days. It’s current trajectory will take it over cooler waters, further delaying potential development.