Rain chances remain up leading towards the weekend

MACON, Georgia (41NBC/WMGT) – Sunny skies will give way to scattered clouds and storms again this afternoon and evening. 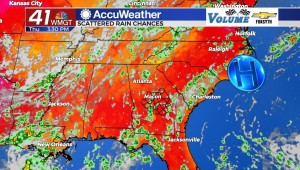 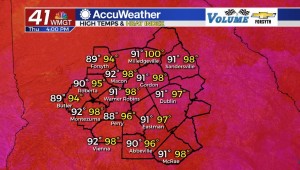 Following a night of heavy widespread rain for much of Middle Georgia we began today on a humid note. Skies overhead were mostly clear, however during the sunrise hours fog filled in across much of the region as temperatures reached their 24 hour lows. Those clouds are clearing as the morning progresses, and we will see plenty of sun as we roll into lunchtime today. Highs will mainly be in the lower 90s with heat indices pushing into the upper 90s. One or two spots may see feels like temperatures that reach triple digits. 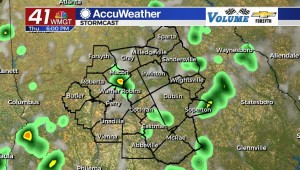 As for the storm chances today, we should not see quite as many as yesterday. We will see them begin to fire up during the late lunchtime hours, becoming more numerous as the afternoon becomes evening. Storms will have moderate to heavy rain with plenty of lightning and thunder. A couple could have moderate to strong wind gusts or some small hail. It is advised to head indoors should one of these storms pop up in your area as to avoid lightning dangers. 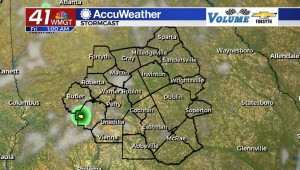 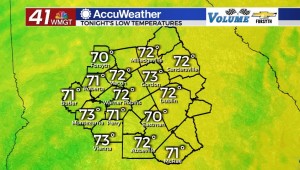 Tonight we will see partly cloudy conditions with many of the clouds clearing ahead of the sunrise tomorrow. A couple of storms could linger into the early parts of tonight from this evening first, however. Ambient winds will mainly come from the southeast at around 5 mph. Lows will drop into the lower 70s. 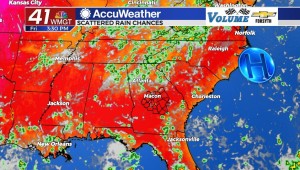 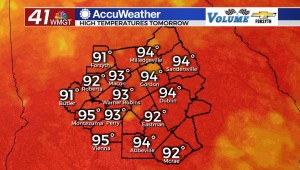 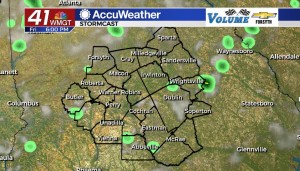 We will likely see a bit more sun than today tomorrow afternoon with slightly fewer clouds, but overall the pattern will be similar. Highs will be in the lower 90s with feels like temperatures reaching into the upper 90s. As for storm chances, they will likely be slightly lower than what we are expecting this afternoon, however we will still see a handful of them around the region. 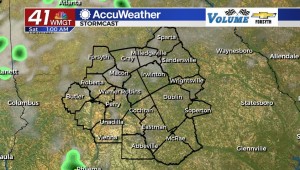 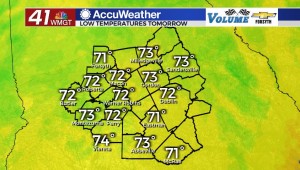 The overnight hours will see mostly clear conditions with little chance for rain, however the best chance for rain tomorrow does look to be in the late evening, so some of those could carry towards midnight. Once those subside it will be a calm night as lows drop down to the lower 70s. 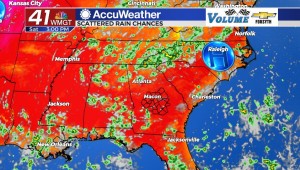 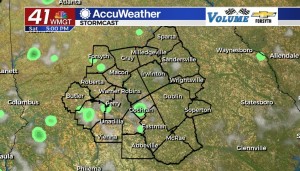 Saturday will be similar to today and tomorrow though a bit more clouds are expected, especially for the northern counties. Rain chances still will be reserved for the afternoon and evening, once again scattering around Middle Georgia. Highs will be in the lower 90s with lows in the lower 70s.

Sunday will likely be a bit cooler as clouds dominate the region. Rain chances will be higher as well, likely similar to what we saw yesterday evening and into the overnight hours. Timing could be at any point during the afternoon and evening on Sunday, however the earlier the rain comes in, the lower the highs will be. The range seems to now be from the mid 80s into the lower 90s. Lows will still be in the lower 70s as abundant moisture remains in the area. 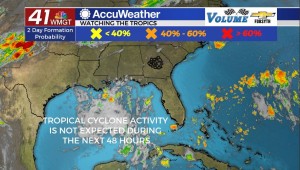 This pattern will likely carry into the beginning of next week. As of now the tropics are still quiet. 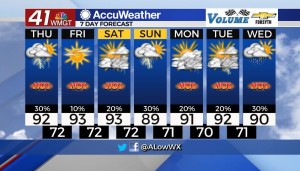