(41NBC/WMGT) — The results are coming in for who will represent the Republican Party for the November elections for Georgia Governor.

AP reports that Georgia Gov. Brian Kemp has defeated his Donald Trump-backed challenger David Perdue after a furious push by the former president to punish Kemp for not overturning the 2020 election results.

Kemp’s victory Tuesday sets up another general election race against Democrat Stacey Abrams, who was unopposed in her primary. The November rematch of their 2018 contest is likely to be one of the nation’s most expensive and closely watched.

Perdue was courted by Trump to enter the race as retribution for Kemp not going along with the former president’s effort to overturn his defeat in Georgia’s 2020 election. 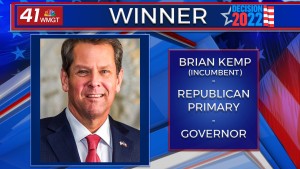 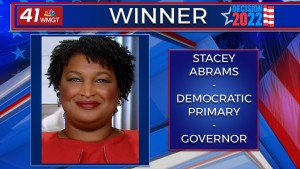