PERRY, Georgia (41NBC/WMGT) — The Perry Police Department along with other law enforcement agencies are searching for man wanted for felony charges out of Clayton County, and a woman has been arrested after trying to pick him up.

According to a release from the PPD, around 5:50 p.m. on Thursday, April 14th, the Turner County Sheriff’s Office and GSP requested that the Perry Police Department block all exits in the area to I-75 northbound as they pursued a driver who was wanted for felony charges out of Clayton County. The driver, 31 year-old Martrey Williams, was driving a 2020 Dodge Charger, and managed to separate from  deputies and troopers by taking the 134 exit ramp. Williams then exited the car and then fled into a wooded area east of I-75. Reports say that Williams may have been armed.

Several law enforcement agencies, including Perry PD tracking K9 and DOC K9, worked to track Williams, as well as set up a perimeter. During the tracking, officers found a Glock .40 caliber weapon, as well as evidence of the suspect’s clothes.

At around 11:20 p.m., the active search ended after losing the track east of Elko Road.

While the search was going on, a report concerning a suspicious person and vehicle came in, located near 301 Ag Village Blvd. When officers investigated this report, they found that 31 year-old Dayontice Blackmon of Fairburn Georgia had been attempting to pick up Williams.

Blackmon was then charged with driving with a suspended license, and giving false information/ hindering an officer. She is now being held at the Houston County Sheriff’s Office Detention  Center. 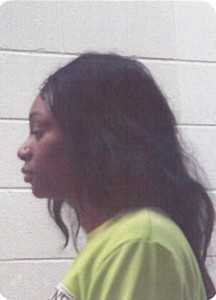 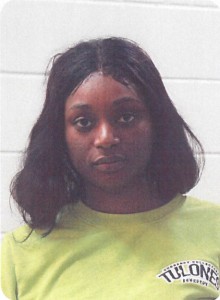 Officers are still checking the area for Williams, and a lookout was placed with area agencies. Williams has charges pending in Clayton and Turner Counties.

Anyone who may know the whereabouts of Williams, or sees any suspicious activities, is urged to call 911.