DUBLIN, Georgia (41NBC/WMGT) –According to a Dublin Police Department Incident Report from October 16, a man was found outside of the Cricket Wireless store off of High Street Dublin lying on the ground with a gunshot wound- the Dublin Police made an arrest in early November in connection to this shooting.

The incident report states that around 3 a.m. on October 16,  an unknown person had called the Laurens County Communications Center and reported seeing a body in front of Dublin’s Cricket Wireless store. Officers responded to this call and found 46 year-old Otis Tobias Jackson, who was not breathing, lying on his back with his arms on the ground above his head with a single gunshot wound in the left side of his chest. Officers performed CPR on Jackson until Dublin Fire arrived on the scene. Coroner Richard Stanley was called to the scene as well, who tells 41NBC that Jackson was pronounced dead at the scene at 4:01 a.m.

Captain Stacey Sapp with the Dublin Police tells 41NBC that 29 year-old Justin Edward Evans was arrested at 15 Hester Drive without incident on November 5, just after 2p.m. in connection to this shooting. Sapp says that Evans is being held at the Laurens County Law Enforcement Center, and that he’s being charged with murder. 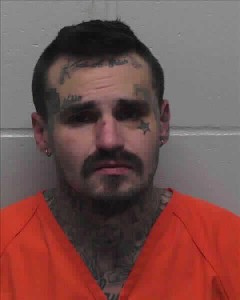