According to the release from the BCSO, Patrol Deputies conducted a traffic stop and field sobriety test on 23 year-old Jasmine Janvier, who deputies determined to be driving impaired. As the test was being conducted, the passenger in the vehicle, 28 year-old Nicolson Simon jumped into the driver’s seat and sped off in the car.

Deputies chased Simon through Second Street and onto Gray Highway, where Simon lost control of the vehicle and crashed into an embankment. Simon left the vehicle and attempted to flee on foot, to which Deputies were able to locate and arrest him quickly.

Simon was checked by EMT’s and sent to Atrium Health Navicent before being taken to the Bibb County Law Enforcement Center where he and the previous driver, Janvier, are being held.

Simon is being charged with a DUI, Obstruction of Law enforcement, Fleeing from an officer, Possession of a firearm by a convicted felon, Traffic offences, Giving of a false name, address, or birthdate to Law enforcement. Simon is also wanted for 2 other warrants from Baldwin County and Florida for unrelated incidents.

Janvier is being charged with a DUI, and has bond for $1,850 while Simon does not have bond.

Anybody with information concerning this incident is urged to call the Bibb County Sheriff’s Office at (478) 751-7500, or the Macon Regional Crimestoppers at 1-877-68CRIME. 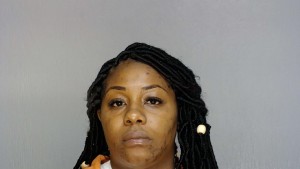 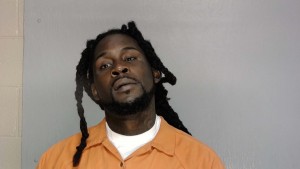