FORSYTH, Georgia (41NBC/WMGT) — The Monroe County Sheriff’s Office released information Monday morning related to an arrest that was made Sunday September 13, 2021, at about 12 a.m. after Deputies tried to conduct a traffic stop on a motorcycle that was committing multiple traffic violations.

According to the release, the motorcycle didn’t stop for officers which led to a brief pursuit. Officers first saw the motorcycle driving near I-75 SB near mile marker 188, the chase continued as the driver exited at the Rumble Road exit, when the driver attempted to get back onto the interstate he crashed the motorcycle. After crashing, the release says he began to run across the interstate when deputies tasered him and took him into custody- he was taken to the hospital for minor injuries from the crash.

The driver of the motorcycle was later identified as Skeeter Eugene Weeks, from Pelham, Georgia. Weeks was searched, and deputies found about 2 pounds of methamphetamine and a firearm on him. The release says that Weeks will be charged with many crimes related to the Possession and Trafficking of Methamphetamine, Possession of Firearm by a convicted felon, and more.

The release also includes that it is suspected that Weeks has affiliations with the Ghost Face Gangsters gang and is currently wanted by Grady County for felony fleeing. Weeks is on a 24 hour hold at the hospital. 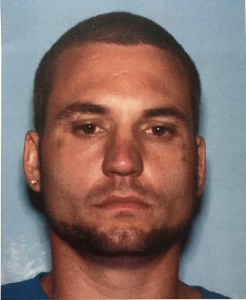 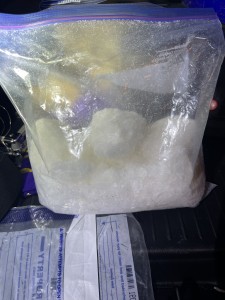