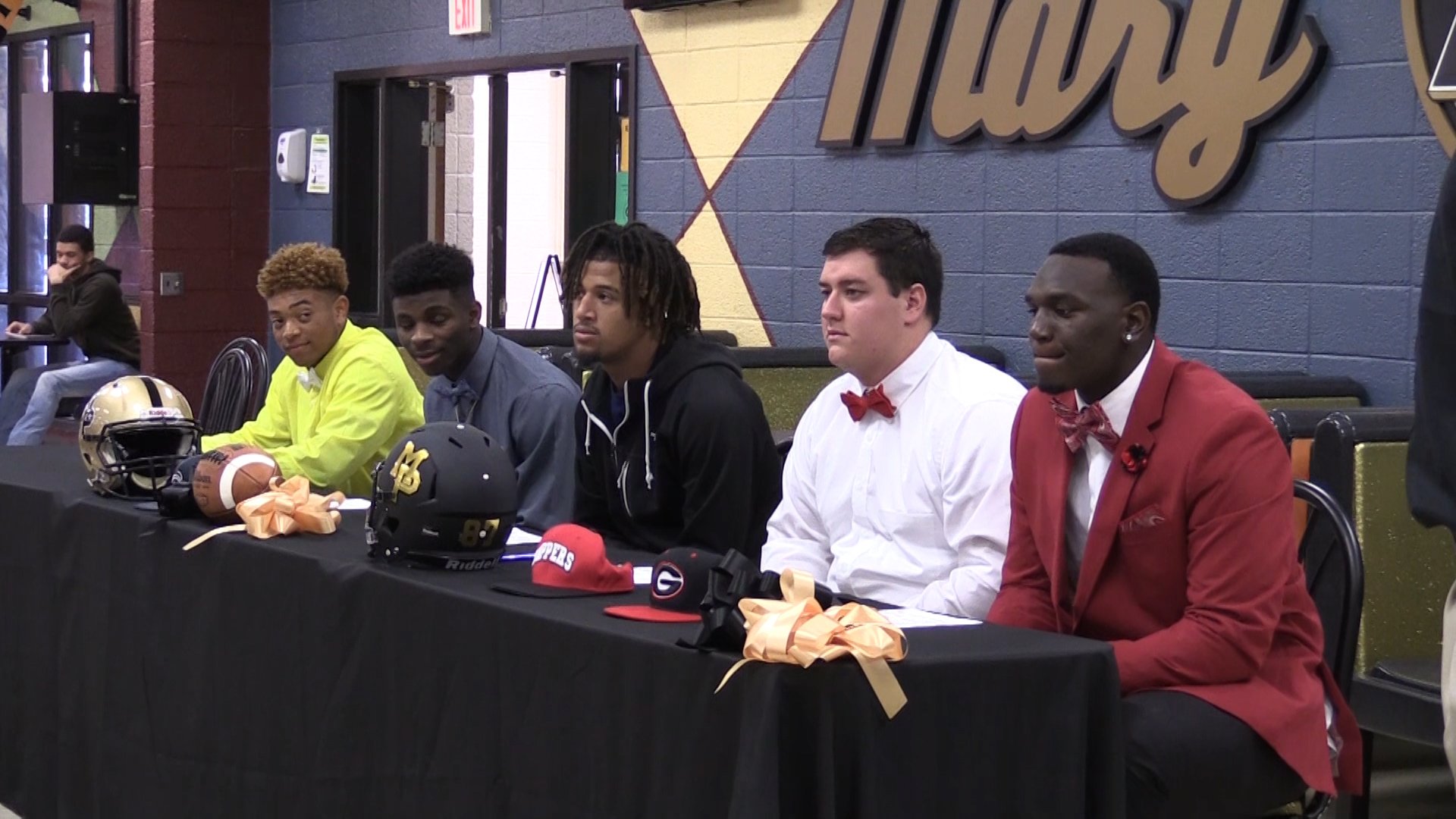 “This is a big day for Mary Persons,” he told the crowd gathered in the high school’s cafeteria for a National Signing Day ceremony featuring five of his players.

“This is special,” Nelson added.

The Bulldogs made it to the AAAA semifinals this past season, and much of the credit goes to the senior class. The headliner was Malik Herring, a four-star defensive end who verbally committed to Georgia in December and made it official on Wednesday.

“To have a class of this many kids signing, that’s unusual for us,” Nelson said. “I think that’s a testament to the direction of our program’s going. I think it’s a testament moreso than anything to these kids and their ability not only on the football field but in the classroom and in the school building.”

Caleb Etheridge makes it two Division I commits for the Bulldogs; he’s heading to Western Kentucky.

Roger Akins will play at Independence Community College in Kansas. Zach Harvey is heading to Wingate, and Tay Jarrell won’t be far away at all. He’ll play for the Wildcats of Fort Valley State.

“They’re rebuilding,” Jarrell said. “I want to be a part of it.” I want to get some championships. That’s all I want man.”

First, it’s time to celebrate and relax, because (at least for these guys) the recruiting process is over. Sabrina Mays, Herring’s mother, calls that a blessing.

“When he (Malik) finally told me on December 1 that he was going to go ahead and commit to Georgia, I said, ‘Hey, Go Dawgs!'”

As for Malik, he’s ready to get to work.

“Actually, I’ve been hitting up some players like Lorenzo Carter, David Marshall, Jonathan Ledbetter, asking them when they’re ready to hit the field and do some work over the weekends.”