Man shoots girlfriend in car, says she pointed the gun at him first

JEFFERSONVILLE, Georgia (41NBC/WMGT) — The Twiggs County Sheriff’s Office sent out a release Monday November 22, 2021, concerning a shooting after a domestic altercation in a car.

According to the release, 29 year-old Tevin Miles says that he and 24 year-old Tykeiria Moody were on their way home to the Atlanta area from Brunswick, Georgia when they had been having a domestic altercation for most of the drive. Moody, the girlfriend, was driving the vehicle while Miles slept in the passenger seat. Miles says that he woke up to the sound of a clicking noise, to which he saw Moody pointing a gun at him and was attempting to shoot him. Miles says that he got the gun away from Moody and then shot her 4 to 5 times.

Miles called the 911 center at about 9:25 a.m. and told officers he had shot his girlfriend in their car, Twiggs Deputies responded to the scene at I-16 Westbound at mile marker 12.5. the release says Miles was detained while CPR and first aid were administered to Moody, who was taken by ambulance to the Macon Medical Center where she was later pronounced dead form her injuries; she appeared to have been shot at least 5 times according to the TCSO.

Miles is now in Custody and is being charged with 2 counts of aggravated assault, 1 count of possession of a firearm during the commission of a felony, and 1 count of murder. 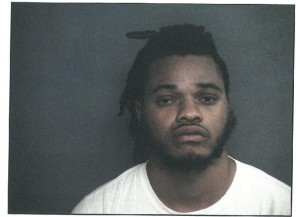