Man arrested in connection to fatal shooting in Byron

BYRON, Georgia (41NBC/WMGT) — A man has been arrested after a shooting in Byron resulted in the death of a 46-year-old man.

According to the Byron Police Department, Officers were sent to Shady Bank Lane on September 30th in connection to a person being shot, when they arrived, they found 46-year-old Claude Deaton outside of the residence with a gunshot wound. Deaton was taken to Peach County Hospital were he died from his wounds.

The suspect, Rodney Slocumb, was arrested at the scene and is being charged with murder, along with further charges that are still pending. The GBI is helping with the investigation.

Anyone with information concerning this incident is urged to call the Byron Police Department 478-956-2880 or Macon Regional Crimestoppers. 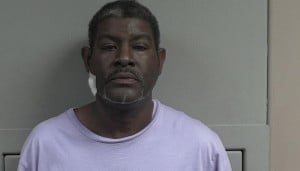