WARNER ROBINS, Georgia (41NBC/WMGT) — A 26 year-old man has been arrested in connection to the murder at Shannonridge Drive that had been partially overheard over a phone call.

The Warner Robins Police Department says that 26 year-old Braley Trayveon Hollis is behind the shooting death of  38 year-old Octavius Jackson that took place on Saturday, May 7th. It’s noted that Jackson was on a phone call while arguing with an unknown suspect about a firearm, and when the argument turned physical, the call was interrupted. The caller went to check on Jackson, and found him dead with a gunshot wound.

Officers have arrested Hollis and charged him with felony murder and aggravated assault. 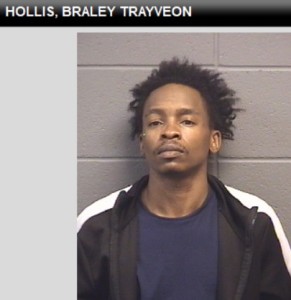