MACON, Georgia (41NBC/WMGT) — A Macon man has been charged in connection to the August shooting death of an 18-year-old woman.

According to the Bibb County Sheriff’s Office, 21-year-old Matthew Milner Jr. has been charged with murder for the shooting death of Jamaya B Warner, that took place on August 20th, 2022.

Milner was already held in the Bibb County Jail on charges of Aggravated Assault and Possession of a Firearm during the commission of a felony on a separate case. He was out on bond for Criminal Use of an Article with Altered ID Mark, 3 counts of Armed Robbery, Aggravated Assault, Aggravated Battery, and Abuse/Exploitation of Disabled Adult or Elderly Person. Milner is being held without bond now.

Anyone with information about this incident is urged to call the Bibb Sheriff’s Office at 478-751 -7500 or the Macon Regional Crime Stoppers at 1-877-68CRIME. 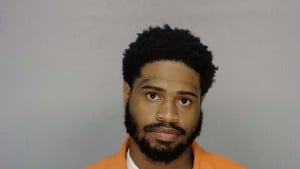