MACON, Georgia (41NBC/WMGT) — A 30 year-old man has been arrested after an altercation with his ex-girlfriend ended in her being shot.

According to the Bibb County Sheriff’s Office, the incident took place at the Red Carpet Inn, around 8:47 a.m. on Monday. It’s reported that 30 year-old Damon Antwon Taylor and his ex-girlfriend– 30 year-old Candrika Tharpe– got into an altercation, during which Tharpe was struck by gunfire.

EMS and BCSO Deputies arrived on scene and took Tharpe to Atrium Health Navicent, where she is now listed in critical, but stable condition.

Taylor was taken to be interviewed by the investigations division of BCSO, after which he was taken to the Bibb County Law Enforcement Center where he’s being charged with Aggravated Assault without bond. He also has an unrelated charge for Felony Probation Violation.

Anyone with information concerning this incident is urged to call the Bibb County Sheriff’s Office at (478) 751-7500 or the Macon Regional Crime Stoppers at 1-877-68CRIME. 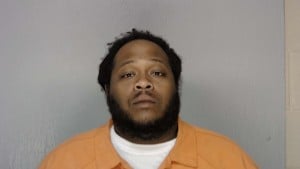