(41NBC/WMGT) — A 66-year-old man has been charged with 3 counts of aggravated assault in connection to an incident that happened on Wilson Road in early August.

According to the Bibb County Sheriff’s office, the incident in question happened at 11:37 a.m. on August 9th, where there was an encounter between Kenneth Thomas Cravey and 3 other individuals, all male, and gunfire was exchanged.

After the BCSO consulted the DA’s office about the investigation, Kenneth Cravey was charged and taken into custody. He is currently being held in the Bibb County Law Enforcement Center without bond for 3 counts of aggravated assault.

Anyone with information is urged to call the Bibb County Sheriff’s Office at 478-751-7500 or Macon Regional Crime Stoppers at 1-877-68CRIME. 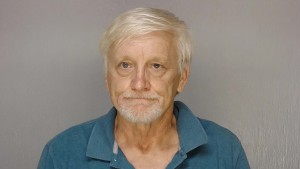