TEL AVIV — Israeli police on Friday have surrounded and established roadblocks around an ultra-Orthodox Jewish city that has become a coronavirus hotspot.

Police officers established roadblocks to restrict the movement in and out of Bnei Brak, where a small number of the ultra-Orthodox residents’ apparent failure to comply with government social distancing requirements has prompted a dangerously high rate of contagion.

Prime Minister Benjamin Netanyahu warned Friday that if the ministry of health deemed it necessary the same restrictions could be placed on other locations within Israel.

In recent days, Israeli media has reported that some people on the streets of Bnei Brak defied government orders that all Israelis, barring essential workers, should stay at home apart from to pick up food or to visit a pharmacy or doctor.

Israeli border police officers question an ultra-Orthodox man as part of the government’s measures to help stop the spread of the coronavirus in the city of Bnei Brak on Thursday. Ariel Schalit / AP

Bnei Brak, which has a population of 195,000, had registered 1,061 cases on Friday, according to Israel’s Health Ministry. That’s a handful less than the 1,132 recorded in Jerusalem, a city that is more than four times its size.

Ran Saar, who runs a leading Israeli health care provider, told the Israeli Parliament on Thursday he believed the contagion rate was a lot higher, estimating that 38 percent of the city’s residents could be infected. That would be the equivalent of some 74,000 people.

In light of the high numbers, Israeli police said Friday that for the next seven days those inside the city will be able to leave under limited circumstances, including for medical assistance or for funerals. Those able to enter include members of the emergency services, permanent residents, journalists and those delivering food and water, the police added. 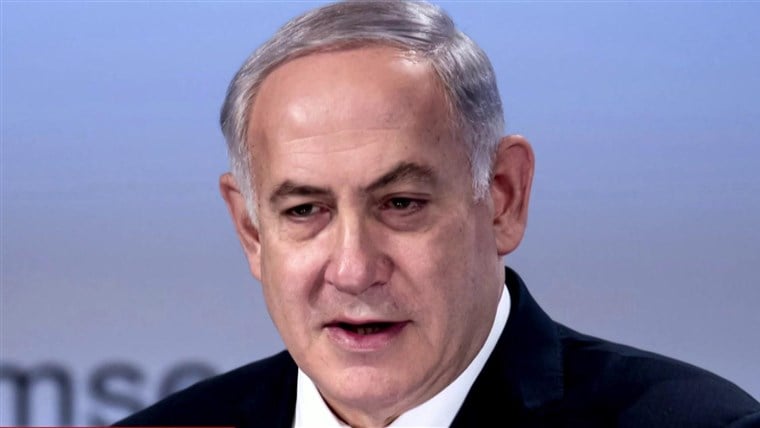 Defense Minister Naftali Bennett announced Thursday that the army would evacuate elderly residents who are deemed to be most at risk during the pandemic. However, as the Sabbath, which is strictly observed by ultra-Orthodox Jews, approached it was unclear how quickly this evacuation would be able to take place.

Some members of the community’s apparent disregard for the Israeli government’s restrictions has become a particular source of frustration for many Israelis and has exacerbated age old tensions between Israel’s secular and ultra-Orthodox communities.

It has also exacerbated a sense among some secular Israelis that in ultra-Orthodox communities the directives of religious leaders often trump those of lawmakers and government officials.

Another looming challenge for Israeli authorities is the weeklong Jewish holiday of Passover, which is usually celebrated with family and friends and this year begins next Wednesday, April 8. The government has urged Israelis to celebrate only with those living in their house, but the deteriorating situation in Bnei Brak has shown that the authorities’ control over ultra-Orthodox communities can be limited.

Paul Goldman is a Tel Aviv-based producer and video editor for NBC News.

Saphora Smith is a London-based reporter for NBC News Digital.