MACON, Georgia (41NBCS/WMGT) – The stage was set, the crowd was thick, and bragging rights were on the line for the 478.

But it didn’t matter how bright the lights were because the Houston County All-Stars came to play. 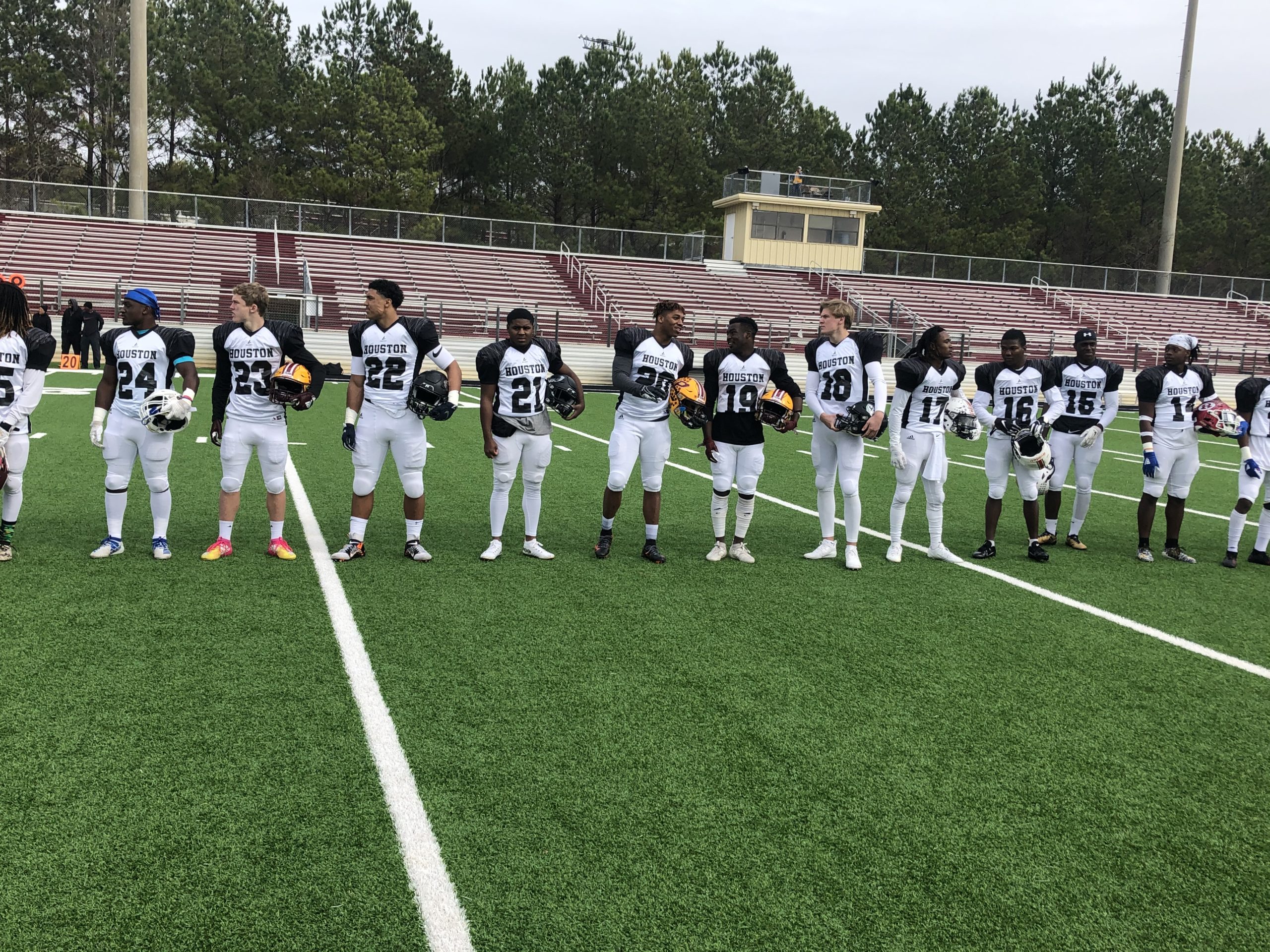 The Houston County All-Stars being introduced before the game.

Houston County came out firing in the first quarter. The drive led by quarterback Max Rigby.

On 1st and 10, Rigby found Warner Robins running back James Smith in the end zone for the game’s first touchdown – the only one in the first quarter.

In the second quarter, with Houston County still leading 7-0, Bibb County quarterback Victor Dixon Jr. tried to muster up some offense, but his shot downfield to Southwest wide receiver Jalen Warthen Carr was picked off by Warner Robins defensive back Jatavious Bryant.

“Marcayll’s a special kid,” said Houston County head coach Ryan Crawford. “Plays like that, coaching, you try to over coach them. Just get the ball to him in space and let him do what he does.

“Max knows it. He probably was double-covered on that one play. But he made the play, and that’s what you need. Give your playmakers chances to make plays. He did it. He’s a special young man.”

Running back Julian Barnes capped it off with a touchdown run from five yards out, which made it 14-0 Houston County with under seven minutes left in the first half.

But Bibb County didn’t roll over and give up.

Victor Dixon Jr. found Howard wide receiver Scott Campbell for a 32-yard touchdown, and the score was 14-7, Houston County, headed into the break.

In the third quarter, Bibb County cut the lead to 14-10 with a 35-yard field goal from Howard kicker Elizabeth Rodenroth.

James Smith would put Bibb County away for good in the fourth quarter. His 20-yard touchdown sealed the game, and Houston County went on to win the first installment of the Houston vs. Bibb senior All-Star bowl.

“I think it’s really good for our guys to go out here and compete. The weather held off for us, and good start to this series. I think it could be something going forward that could be exciting and good for both communities.”