While some parents are concerned about the changes, others are excited.

While some parents are concerned about the changes, others are excited.

Parent Marcus Lester, who is also the lead custodian at Lindsey Elementary, says he believes the proposed changes are a good thing.

“They get to stay with their friends,” he said. “They build up their friendships through elementary, middle school and high school, so you can’t complain against that.”

He says there’s been a population shift in Houston County and that the district can use the Lindsey building for a bigger purpose.

“We have the opportunity to turn this into the RW Lindsey Student Support Center,” he said. “It’s going to allow us the whole child’s needs with wrap around services.”

Lindsey Elementary parent Jessica Wilson is upset about the proposed changes. She says she likes the smaller feel of Lindsey and is concerned about sending her daughter to a bigger school next year.

“Going to a bigger school sometimes I think that the children will feel overcrowded,” she said. “And I don’t think they’re going to get the services that they need.”

Dr. Rogers says concerned parents should know their children will be taken care of no matter what school they’re at.

“Once they see the services we’re going to provide here, they’re really going to understand that vision of taking care of the community,” he said. 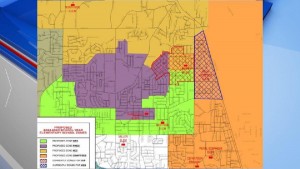 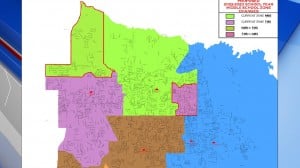 Several more meetings are coming up to discuss the proposed school zone changes:

The middle school zoning meeting will also be on Tuesday, February 1 at 5:30 p.m. in the Northside High School auditorium.

Houston County School Board members will vote on the proposed school zone changes during the February board meeting. That meeting happens on February 8 at 1 p.m at 1100 Main Street in Perry (at the central office).

If you want to look at the school zone proposals and maps click the links below: