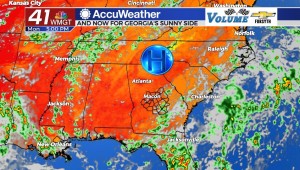 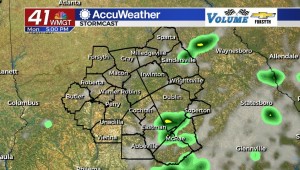 The skies were clear over most of Middle Georgia to begin the final Monday of August. The southeastern counties of the region, however woke up to a handful of low level clouds once again blanketing the sunrise. The southeastern counties of Middle Georgia are still dealing with the tail end of last week’s cloudy pattern, and unfortunately once again they will have a fair chance to see some storms later this afternoon and evening. The rest of the region may see one or two isolated showers, but that should be all. 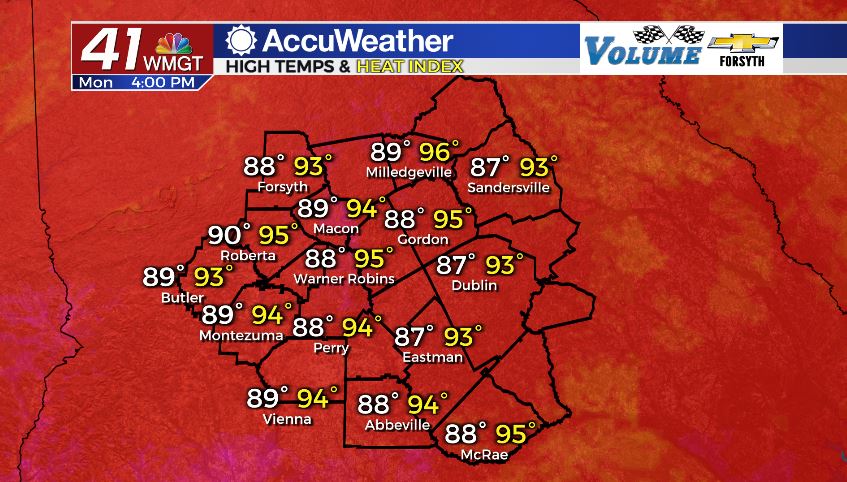 Temperatures this afternoon will top off in the upper 80s all around Middle Georgia. Heat indices, however, will reach into the mid to upper 90s. There will be a handful of clouds this afternoon, however many of them will be over the southeastern counties of the region. Thin and wispy cirrus clouds along with mid-level cloud fields will be present for the rest of the region. Ambient winds for today will blow from the east-northeast at about 5-10 mph. 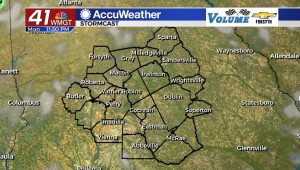 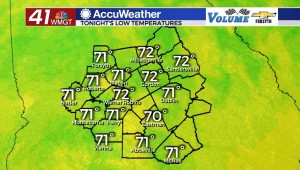 Evening storms should subside ahead of the overnight hours tonight, and overnight rain is not anticipated. Skies will be mostly clear as the mid-level cloud fields disappear once the sun sets. Ambient winds will come from the southeast at about 5 mph and lows will drop into the lower 70s. 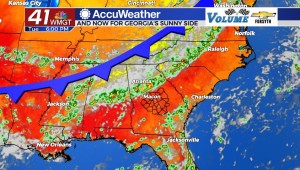 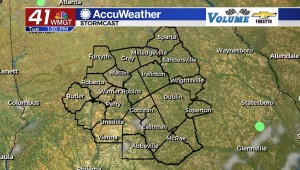 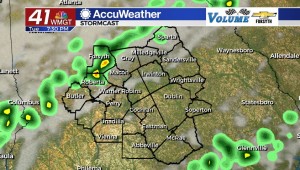 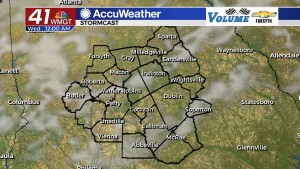 Tuesday will see a good amount of sun around Middle Georgia as highs reach the upper 80s and lower 90s. Storms will be possible during the late evening hours for the northwestern counties of the region as a cold front arrives, however those storms will weaken as the sun sets, not making it far into Middle Georgia. The clouds the front brings will still push their way through the region, however conditions will be rather pleasant leading into Wednesday morning as lows drop into the lower 70s and upper 60s. 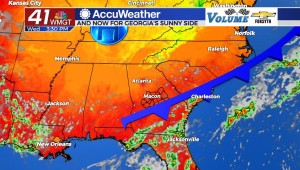 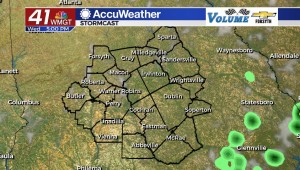 Wednesday will be the nicest day of the week in terms of sky conditions as stable air keeps most of the clouds away behind the cold front. Highs will still reach into the lower 90s for most of the region, however. One or two isolated storms may be seen in the afternoon, but for the most part Middle Georgia will just see sunny skies. Overnight skies will also be clear as lows drop into the upper 60s and lower 70s.

We are beginning to see more activity in the tropics now as the always active month of September approaches. At this time the NHC is watching four storm clusters in the Atlantic. 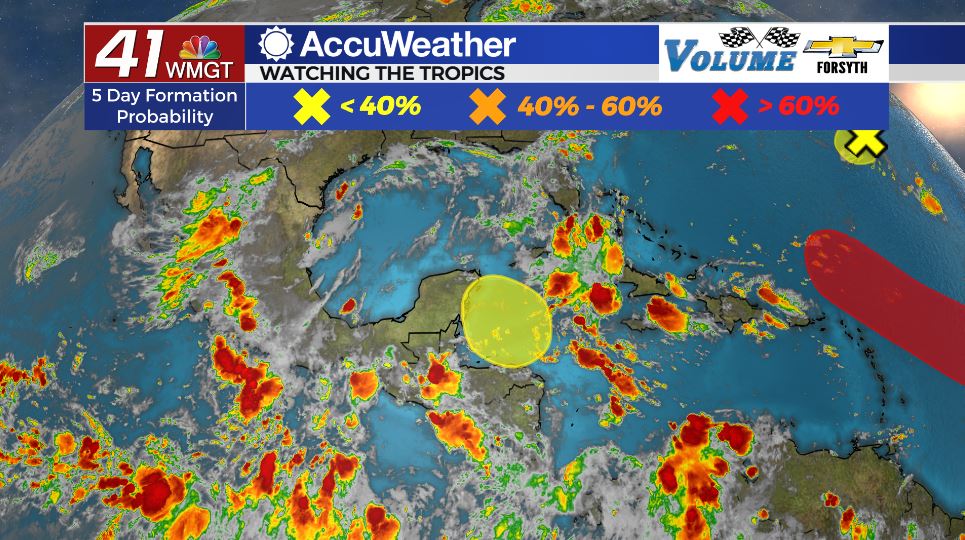 The first one is a weak cluster to the southeast of the Yucatan Peninsula. It remains a non-threat at this time, however it could potentially gain some organization once it finds its way into the Gulf of Mexico. It could also end up being another flooding headache for Texas, Louisiana, and Mississippi. 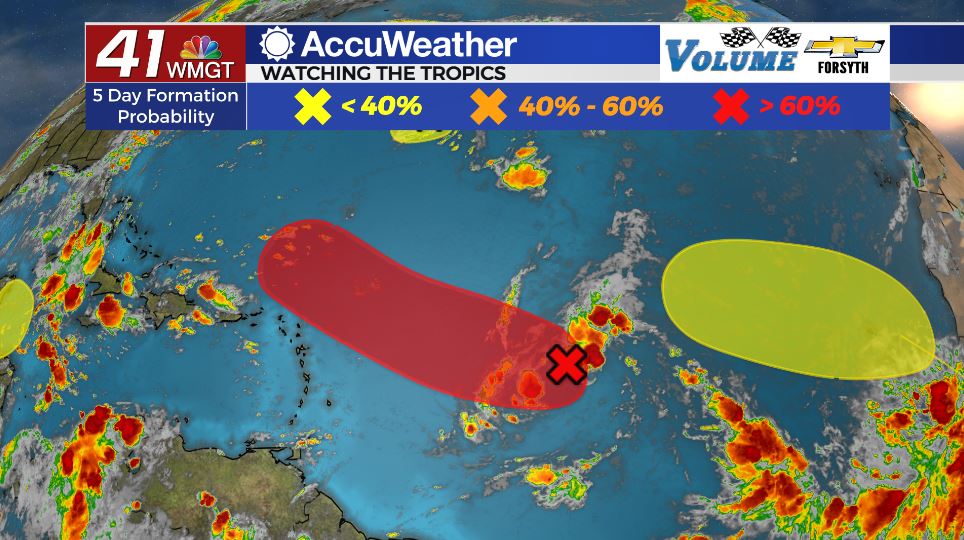 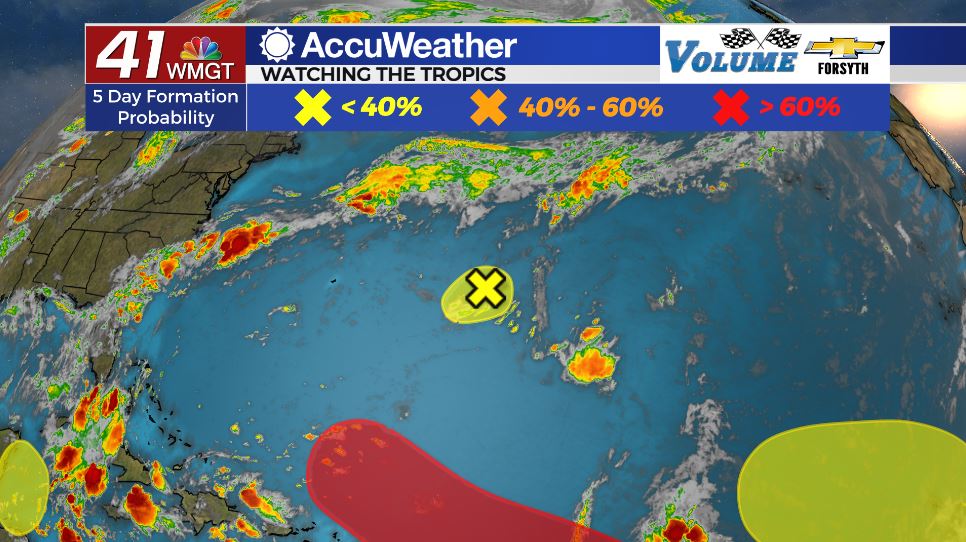 The third one is a cluster of storms in the North Atlantic. This one is unlikely to last long due to how far north it is and does not pose any threats. It also only has a 10% chance of development in the next 5 days. 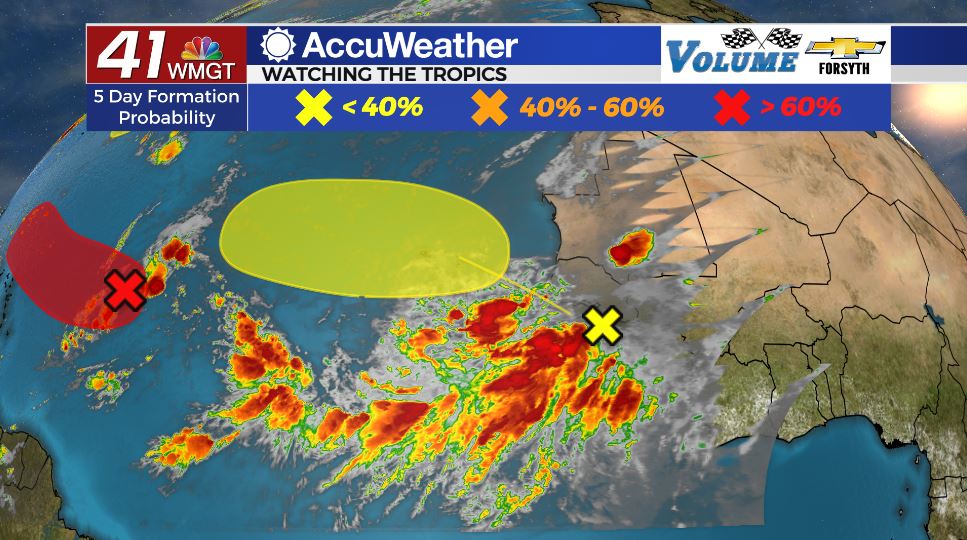 The final one is a tropical wave coming off of the Western coast of Africa behind the second cluster. It does not have much organization right now and has a 30% chance to develop in the next 5 days. This one could bear watching over the next couple of weeks, however. 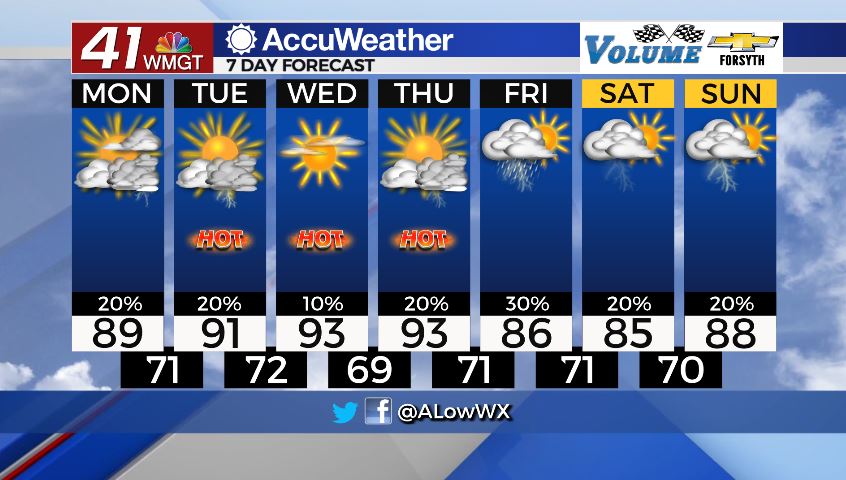