Highs in the 90s are returning across Middle Georgia this afternoon.

MACON, Georgia (41NBC/WMGT) – High temperatures are returning to the lower 90s around Middle Georgia as the sunny pattern keeps its grip on the Peach State. 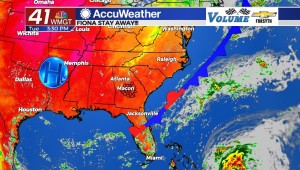 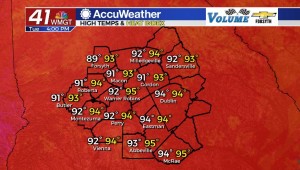 It was another clear morning around Middle Georgia to begin our Tuesday, and the skies are still clear heading into the later morning hours. We will see cloud fields begin to fill in as we head into lunchtime. Highs will peak in the lower 90s in most Middle Georgia towns today, however heat indices will be pushing into the mid 90s for the warmest spots. Dew points are slowly returning to the upper 60s around the region, indicating a gradual return of our humidity. Luckily winds blowing generally out of the north will continue to keep that trend gradual. 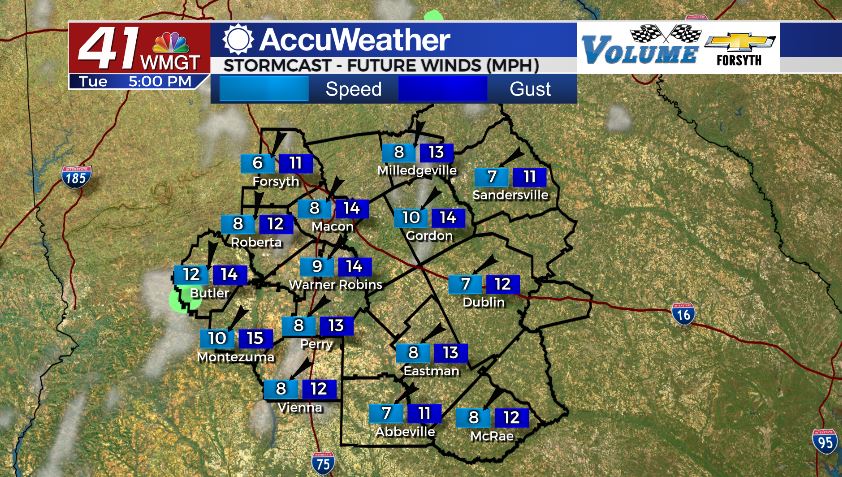 On brand with the humidity rising is, of course, a chance for some rain. More than likely we will see no rain today in Middle Georgia as the dry pattern continues, however we could see a spotty shower or two somewhere in Middle Georgia this afternoon. The odds are slightly higher in the northwestern counties. 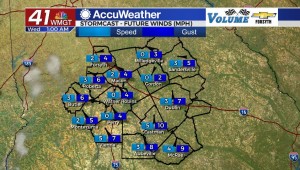 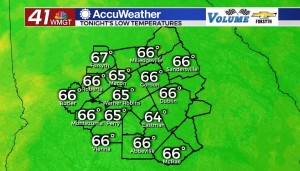 Tonight any clouds that filled in during the afternoon will fade, giving clear skies the rest of the night. We should see no rain overnight. The wind will blow out of the southeast at about 5 mph during the first half of the night. We will see it return to more towards the east heading into tomorrow morning. Lows will be in the mid to upper 60s as dew points continue to rise. 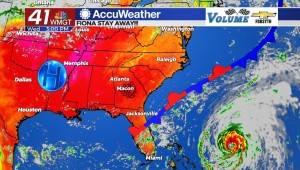 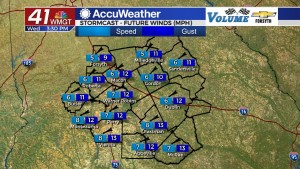 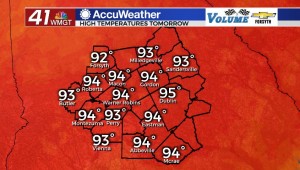 Sunny skies will be with us around Middle Georgia once again tomorrow, and we are actually expecting slightly less cloud cover. More than likely we will still have a few cloud fields out there, and we shouldn’t see any rain. Ambient winds will come from the northeast at about 5-10 mph as highs push into the mid 90s in the warmest spots. Heat indices will push towards the upper 90s, however dew points should stay in the upper 60s. 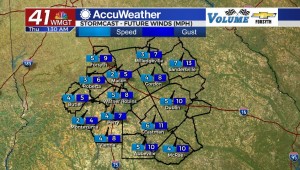 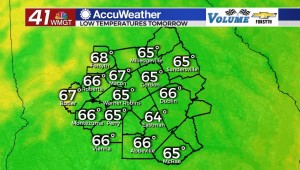 Tomorrow night will be a bit muggier, however cloud cover will still be hard to come by. Lows will drop into the mid and upper 60s again as ambient winds blow variably from the south at about 5 mph. 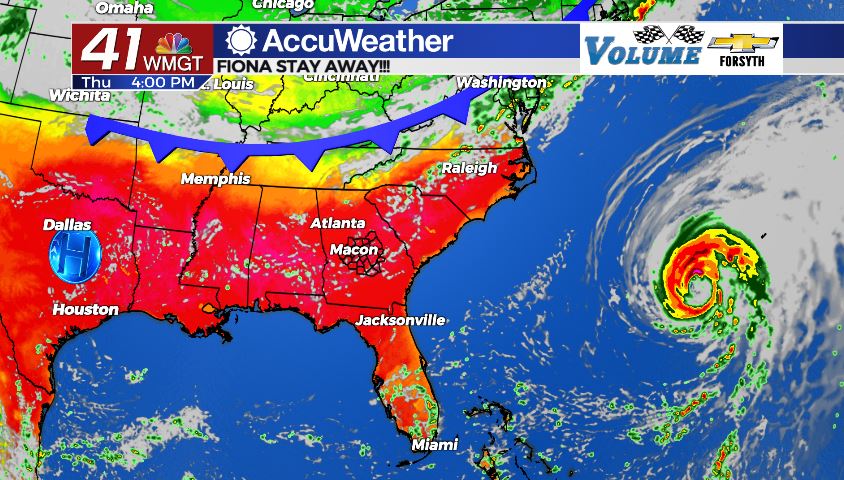 Thursday will be the hottest day of the week as highs reach the mid and upper 90s around Middle Georgia. Heat indices could get close to triple digits in a couple of locations. Skies will be sunny for the most part, however we could see some decent breezes in the afternoon. An approaching cold front will bring cooler and drier conditions, however we likely will not begin to observe those until Friday afternoon.

Friday will be a good bit cooler than Thursday as highs return to the mid and upper 80s around Middle Georgia. Expect breezy conditions from the east northeast throughout the afternoon. The drier and cooler conditions will carry into the overnight hours as lows drop into the low and mid 50s heading into Saturday. Those with early morning plans on Saturday will likely want a light sweater out the door. 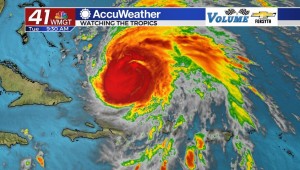 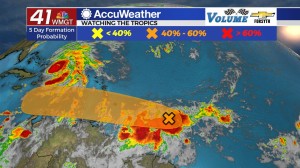 There are no immediate threats to the Peach State in regards to the tropics at this time, however we do need to continue to monitor them. Fiona is a powerful storm that will miss the US, however there is a cluster of storms to the northeast of South America and several hundred miles east of the Leeward Islands that is trying to organize itself. As of now it has a 50% chance for development over the next 5 days, at which point it will likely be in the southern Caribbean Sea. 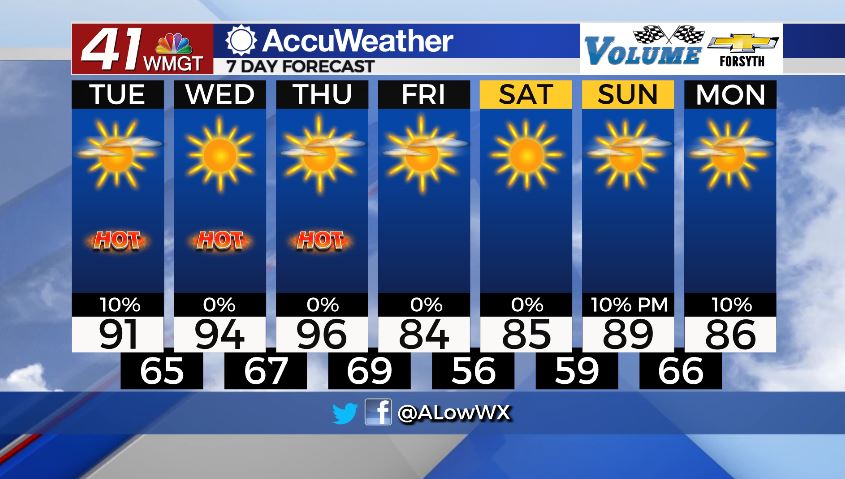