Afternoon storms continue through the week, tropics getting active

As expected, although it was still hot across Middle Georgia today, high temps topped out in the upper 90’s, instead of 100’s (we are taking the small wins here because, 2020).

We will continue to see the heat through the end of the week with highs in the mid and upper 90’s continuing. As per usual, we will also keep the chance for showers and thunderstorms by the afternoon.

Widespread severe weather is not anticipated, but a few storms could be strong. 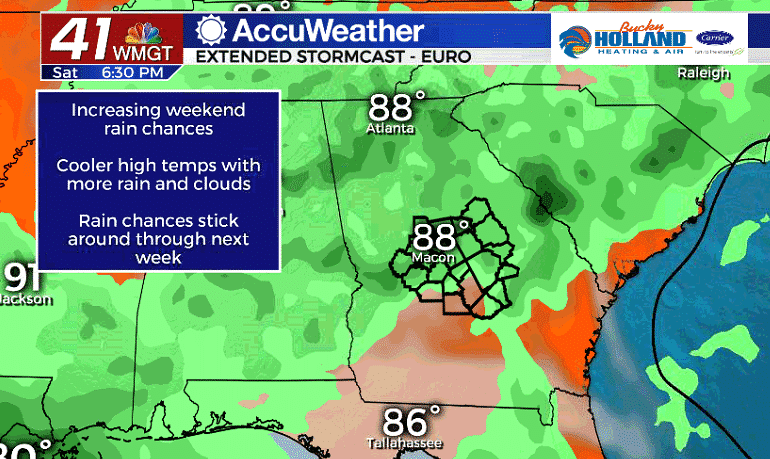 By the weekend more widespread rain chances are expected for Middle Georgia, which will also keep our highs a little cooler than what we have seen this week.

Right now it looks like most of the rain and storms will hold off until the afternoon, but we could see some periods of heavy rain. 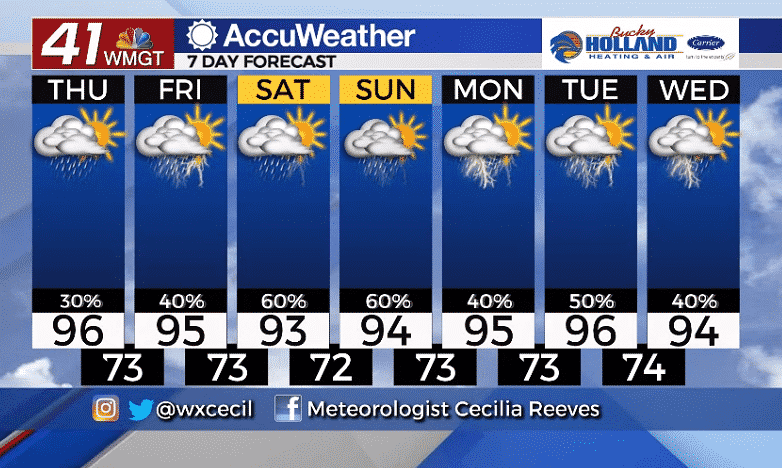 By next we will see more of the same as far as our typical summertime pattern. No surprises here. The tropics are a bit of a different story. 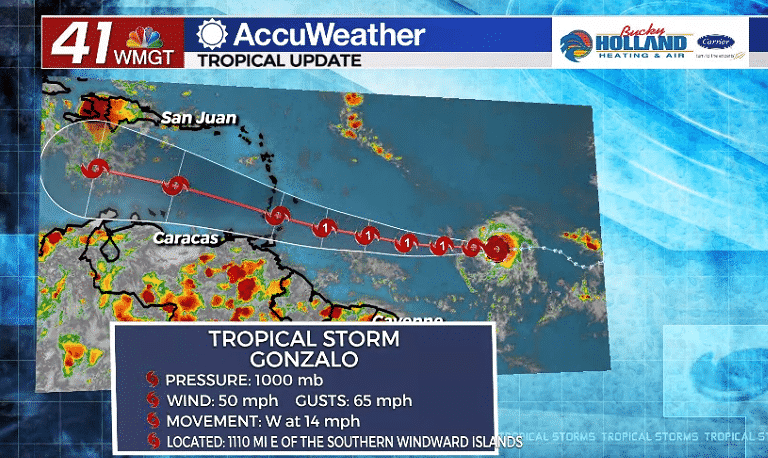 First things first, Tropical Storm Gonzalo formed in the Atlantic earlier today. This storm is forecast to intensify into a hurricane by tomorrow, but will likely start to dissipate once it moves into the Caribbean.

Some of the biggest question marks once it moves into the Caribbean (likely around Monday) is if it can hold together. As of now this is not a threat to Middle Georgia. 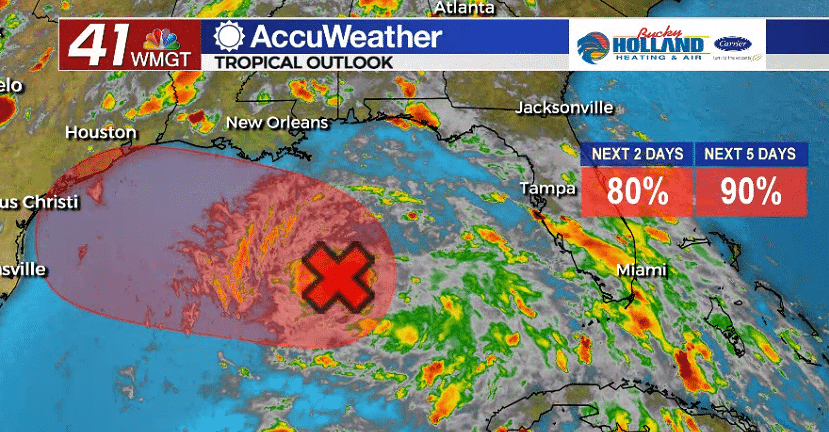 We are closely watching an area in the Gulf of Mexico that is classified as having a high chance of tropical cyclone formation. If this area of low pressure becomes our next storm it will be named Hanna.

There is not a threat from this storm to Middle GA, but it will bring heavy rain and gusty winds to the Texas coast. 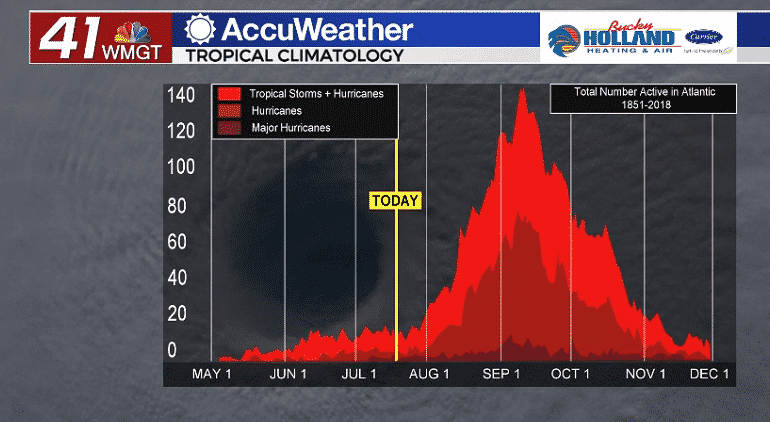 To put all of this into context, Gonzalo is the earliest “G” named storm to form in the “Satellite era”. We are on pace for a high volume tropical season, especially when you look at the sea surface temperatures in both the Atlantic and Gulf of Mexico.

Not only all of that, but as you look a the graph above, we are only at the beginning of the tropical season and typically don’t hit our peak until September.

I know I have said it before and I will keep saying it, now is a good time to make a severe weather plan regard potential tropical systems moving into Georgia.