LONDON — Prince Harry and Meghan, Duchess of Sussex, came to the end of their roles as working British royals on Tuesday, bidding farewell to fans on their official Instagram account, adding that “while you may not see us here, the work continues.”

The couple stunned the public in January, when they announced they intended to “step back” from the royal family, divide their time between the United Kingdom and North America and start paying their own bills.

“Thank you to this community — for the support, the inspiration and the shared commitment to the good in the world. We look forward to reconnecting with you soon. You’ve been great!” the couple wrote online.

Earlier this month, the pair returned to the U.K. from their base on Vancouver Island, Canada, for their final engagements as senior royals. Surrounded by Harry’s immediate family, it marked the end of the couple’s short era, which saw them go from being embraced to rejected by some parts of the British media and public.

According to supporters, they were driven out by toxic press coverage, which often veered into racist harassment and bullying, while others say the couple were hardly the first royals to get a rough ride in the media.

When Harry and Meghan married on May 19, 2018, to much fanfare at Windsor Castle, Meghan was hailed for modernizing the monarchy.

After the birth of their son Archie in 2019, the couple made no secret of the fact they felt the strain of the constant media attention and negative headlines.

Harry said the decision to step back was not one he had made lightly and had brought him “great sadness that it has come to this.” While Queen Elizabeth said in a statement that “Harry, Meghan and Archie will always be much loved members of my family.”

Their new role, independent of the royal family, will be reviewed next year. Meanwhile the couple will no longer carry out official duties for the queen and won’t use their royal highness titles or the word “royal” in the nonprofit organization they intend to establish. As yet, they have said little about the causes they intend to focus on. 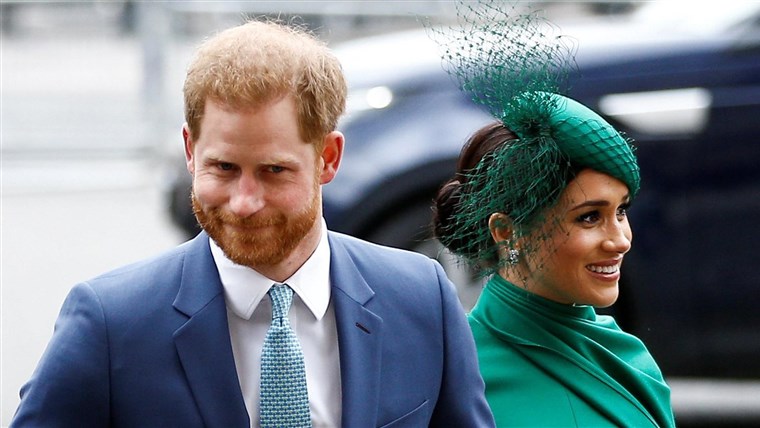 Although he is stepping away from royal duties, Harry will remain sixth in line to the throne, behind his father, brother, and William’s children.

Last week it was announced that former actress Meghan would return to the small screen in her first post-royal project as the narrator of a new film about a family of elephants journeying across Africa, set to stream on Disney+ in early April.

U.S. President Donald Trump tweeted on Sunday that the U.S. would not provide security for Harry and Meghan. A spokesperson for the couple said they would use privately funded security arrangements.

In their final message online, the couple also paid heed to the worldwide coronavirus pandemic stating that “the world at this moment seems extraordinarily fragile” and that they would be searching for ways to “understand how we can best contribute.”

Harry’s father Prince Charles tested positive for COVID-19 last week and on Monday Clarence House confirmed that the 71-year-old had completed his period of self-isolation.