COCHRAN, Georgia (41NBC/WMGT) — The Bleckley County Sheriff’s office sent out a news release Wednesday September 15, 2021, that a wanted fugitive has been captured.

According to the release, Bleckley Sheriff’s Deputies were investigating an entering auto case when they spotted the vehicle connected to the case, which led to a brief chase after an attempted traffic stop. The driver of the vehicle jumped out and ran on foot, it was then that the GA State Patrol Aviation Division and Department of Corrections K9 responded to the scene to assist in the search.

21 Year-old Elijah Rozier of Cochran was found hiding in concrete steps under a residence, and arrested. Rozier is being charged with Violation of State Probation, Entering an Automobile, Theft by Receiving Stolen Property, Fleeing and Attempting to Elude, Obstruction of Officers, with more charges coming as the investigation continues. Rozier is also facing charges in multiple other police departments and sheriff’s offices.

Anyone who has information on Rozier or the crimes mentioned is asked to contact the Bleckley County Sheriff’s Office Criminal Investigations Division at 478-934-4545. 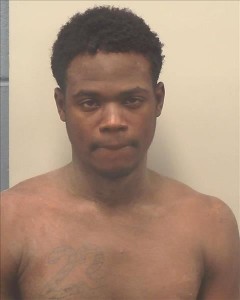