On Wednesday, he made a huge announcement. 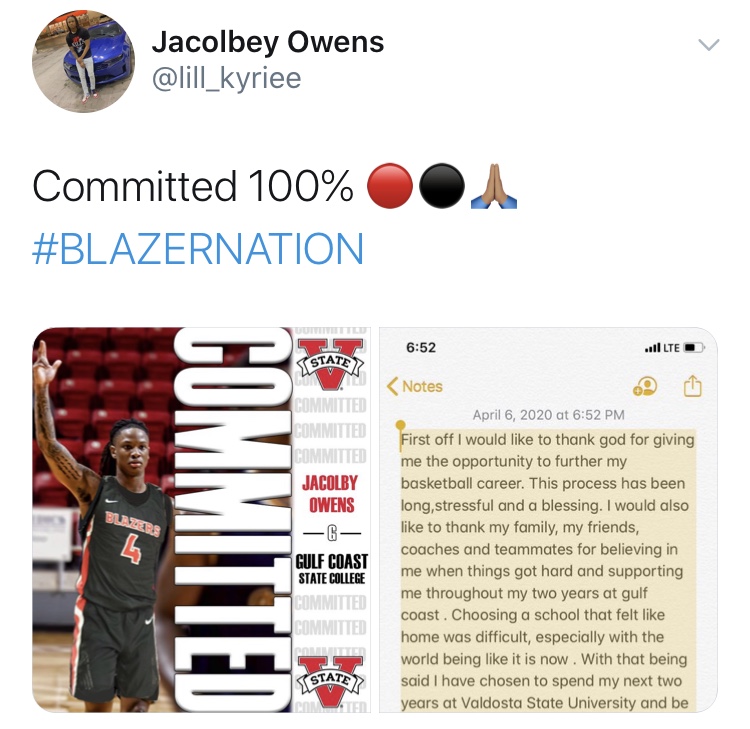 He helped Warner Robins win its first-ever state championship in 2018, as he hit the game-winning shot.

Here’s Jacolbey on why he picked Valdosta State.

“With it being so close to the area of where I live, my family and friends will be able to come see me play. When I was at Gulf Coast State, it was harder for them to get down there and come support me. It’s just an actual reason for my parents to be there and it just feels like a great fit.”

Jacolbey also talked about what makes Valdosta State such a great fit for him.

“They play really fast. The past couple years, I’ve been playing an up tempo kind of position. So, they play fast and get up and down and score a bunch. Four in, four out, one in. That’s the type of basketball I play. So it’s basically, isolation, get to the basket, shoot 3s and just a fun place to play at.”