CRAWFORD COUNTY, Georgia (41NBC/WMGT) – Two people are in custody and charged with murder after a man was found dead Friday night.

The Georgia Bureau of Investigation obtained arrest warrants for 22-year-old Ryan Purser and 20-year-old Cidney Reason, both of Crawford County, according to a GBI news release Monday.

A Crawford County Sheriff’s Office news release Monday said both Purser and Reason are in custody. Both appeared before Magistrate Judge Cary Hays for their first appearance hearing Monday afternoon and no bond was set.

They’re both charged with malice murder, felony murder, aggravated assault, tampering with evidence, armed robbery and possession of a firearm during the commission of a felony.

An autopsy Monday revealed 38-year-old Fraddian Omar Robinson died as a result of a gunshot wound. He was found dead by his family members during a welfare check Friday night at his Big Six Farms Road home in Fort Valley.

Monday’s news release from the GBI said GBI agents and Crawford County investigators executed a search warrant at a Crawford County home Saturday and found several items of evidence related to the investigation that led to the charges against Purser and Reason. Other charges are pending. 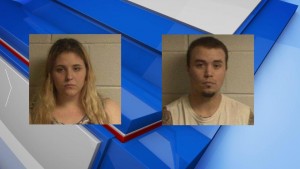