MACON, Georgia (41NBC/WMGT) – Clouds and rain have moved into much of Georgia thanks to a system in the gulf. 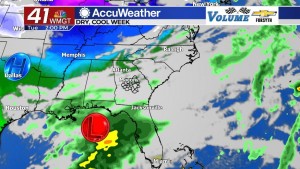 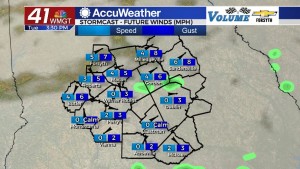 It was a much warmer start around Middle Georgia this morning as temperatures jumped between 10 and 20 degrees this morning when compared to yesterday. This is largely due to the blanket of clouds that filled in overnight as well as the wind blowing out of the southwest. There were also a handful of light showers that moved in ahead of the sunrise. Shower activity will be very limited today, but almost all of Middle Georgia has a chance for an isolated shower through lunchtime. Highs this afternoon will reach the upper 50s and lower 60s like yesterday, however the majority of locations in Middle Georgia will be a degree or two cooler than yesterday. The exception goes for the northeastern counties; they will be a degree or two warmer. Showers will remain possible for the southernmost counties into the early hours of tonight. 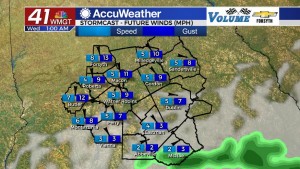 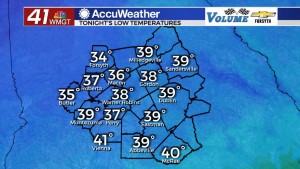 Cloud cover will begin to clear during the dinnertime hours with clear skies likely by sunrise tomorrow. This will largely coincide with a shift in the winds from the southwest to the north-northwest at 5-10 mph. With some cloud cover likely still hanging around to the south and east, that should make for a pretty sunrise for many of us. Overnight lows will drop back into the upper 30s heading into Wednesday morning, about 10 degrees cooler than this morning. 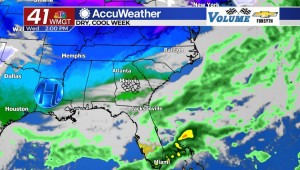 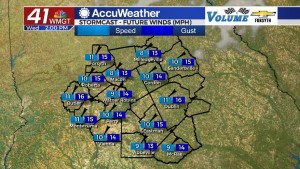 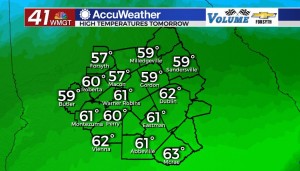 Clear and chilly conditions will give way to sunny and mild conditions during the afternoon. The wind will shift to the north-northeast at 5-10 mph as temperatures again climb into the upper 50s and lower 60s. Like Tuesday, most locations should be a degree or two cooler than the prior afternoon. 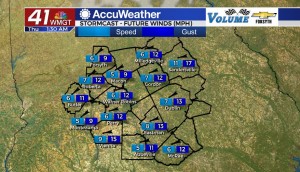 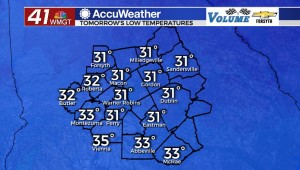 The wind will completely shift to the northeast overnight as skies remain clear. Temperatures will drop below freezing into the lower 30s for most of the region heading into Thursday. 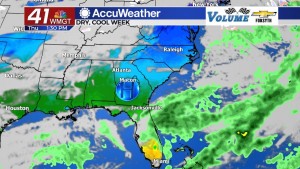 Thursday will see clear skies and highs in the mid to upper 50s. The wind will blow from the east-northeast as a new system prepares to form in the Atlantic off the coast of Georgia. Clouds will fill in overnight as temperatures drop into the low 30s. 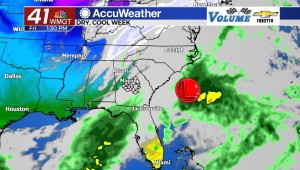 Friday looks to be cloudy with some isolated showers thrown in. Highs will only reach the lower 50s around the region thanks to the formation of a new system. Fortunately for us it is forming far enough north and east that we basically avoid all impacts. We should only receive a few showers Friday afternoon and that’s it. Temperatures will drop into the mid to upper 20s overnight as clouds clear into Saturday. 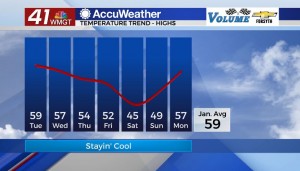 The weekend will see sunny skies with highs in the 40s and lows in the 20s. Saturday night into Sunday morning could see lows in the lower 20s, which would bring on the coldest morning of the year so far. 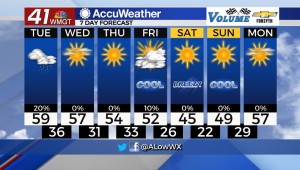