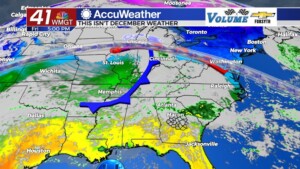 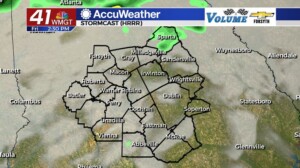 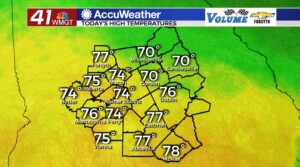 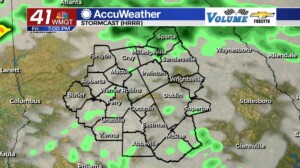 Friday began with plenty of sun across much of Middle Georgia along with some patchy fog. Cloud cover is already beginning to move in from the north, however, and will continue to do so until it becomes a blanket tonight. We will likely see rain chances ramp up in the form of showers later, however much of that activity will not arrive until after the sun sets. Highs this afternoon will largely be in the low to mid 70s. Ambient winds will blow from the northwest at about 5-10 mph. 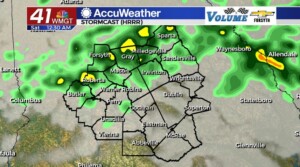 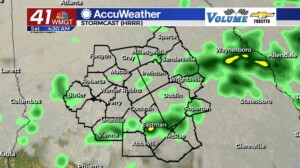 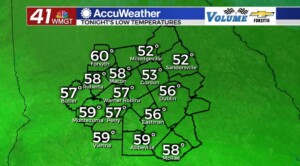 It will be a blanket of clouds tonight with most of the rain likely arriving not too long after suppertime. The rain will be light to moderate and most of the region will likely see at least some ahead of our Saturday morning. Lows will be in the upper 50s for most of the region, and ambient winds will blow from the northeast at around 5 mph. 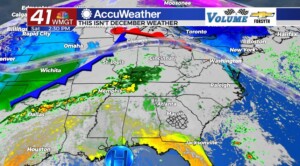 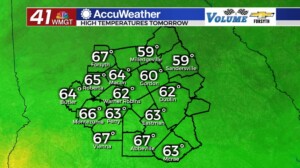 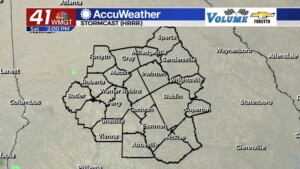 Saturday will be cloudy across the board for Middle Georgia. Highs will reach the low to mid 60s with ambient winds blowing from the east-northeast around 5 mph. Rain chances will be rather low, however a couple of stray showers cannot be ruled out. 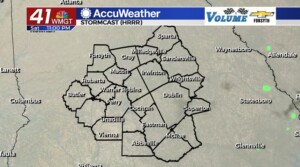 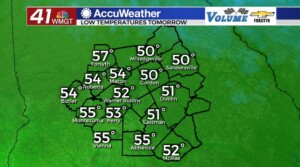 Tomorrow night will be more of the same however temperatures will obviously be cooler as they drop into the mid to upper 50s. Winds will blow from the east at 3-10 mph, and while most of Middle Georgia will not see rain, a couple of stray showers cannot be ruled out. 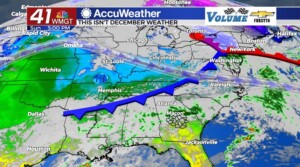 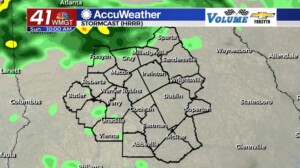 Sunday will be another cloudy day around Middle Georgia as a second cold front makes its way through during the afternoon. It will bring some widespread shower activity and potentially a rumble of thunder or two. Highs will largely reach the lower 60s around the region as winds blow from the southeast at around 5 mph.

Some showers will persist into the overnight hours as the overcast conditions stick around. Lows will be in the upper 40s and lower 50s with variable winds blowing in at around 5 mph.

Cloudy conditions will stick around for most of the week with a larger storm system arriving Wednesday night/Thursday. Colder temperatures (aka what they should be this time of year) will follow to end next week and head into the weekend. 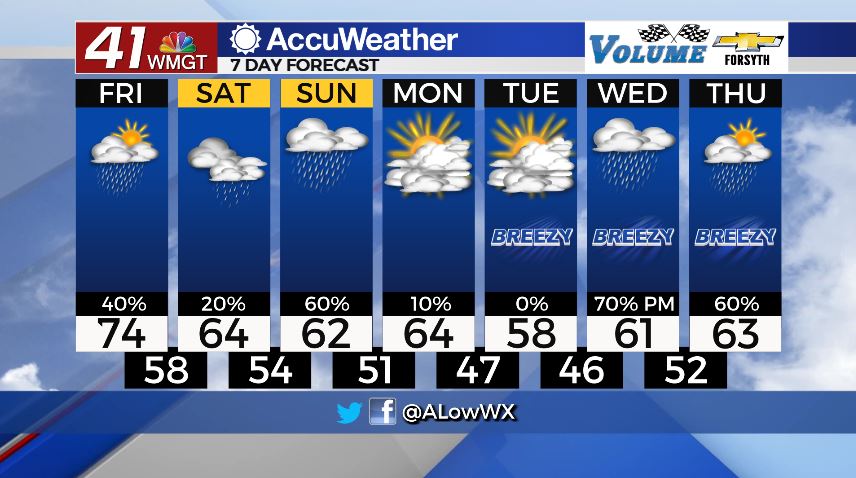