Clouds fill in Wednesday ahead of storms Thursday

MACON, Georgia (41NBC/WMGT) – Cloud cover will return to Middle Georgia as the next storm system inches closer to the Peach State. 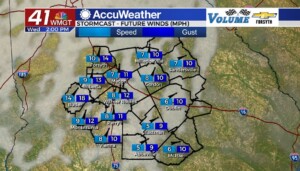 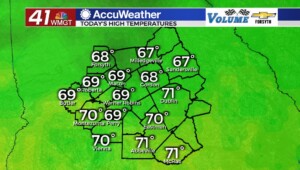 Cloud cover will fill in throughout the day across Middle Georgia. For much of the first half of the day it will primarily be upper level clouds, however thicker mid-level clouds will start to move in after lunchtime. Temperatures will reach into the upper 60s and lower 70s across Middle Georgia this afternoon. Winds will also gradually pickup from the south-southwest. While sustained speeds will largely hang in the 5-12 mph range, gusts could push close to 20 mph later this afternoon. An isolated shower, while highly unlikely, also cannot be ruled out. 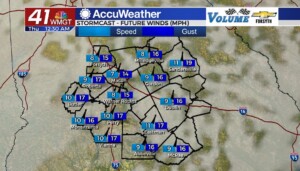 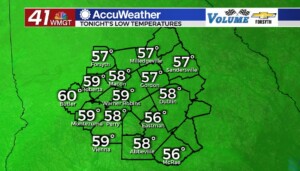 Tonight that cloud cover will thicken more as the humidity continues to build up. The wind will remain consistent with what it was doing during the day, however gusts could push closer to 25 mph at times. The strong winds overnight will allow for mixing of different layers in the atmosphere, meaning Middle Georgia should avoid fog to begin Thursday. It will be muggy, however, as low temperatures and dew points will be in the upper 50s and lower 60s. An isolated shower or two will be possible after midnight. 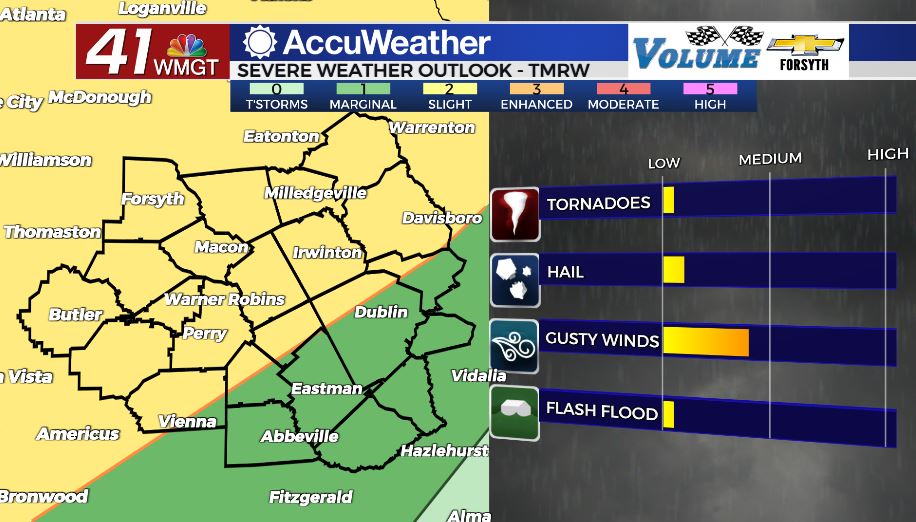 Good news Middle Georgia: the severe threat does not look quite as intimidating as before. While there are a few ingredients in place for instability, there are also some major limiting factors. For now the threat remains at a Level 2 “Slight” risk for the northwestern 2/3 of the region, however the odds of an upgrade to a Level 3 “Enhanced” risk now look rather slim. 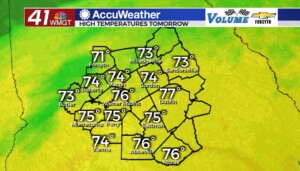 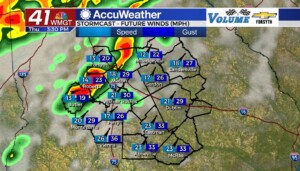 Let’s start with the things going in favor of severe weather: first off is heat. Temperatures will climb into the low to mid 70s tomorrow afternoon, and cloud cover is not expected to be a blanket, meaning the extra heat from the sun on the surface can drive up instability a bit more. This normally allows for storms to become larger and sustained longer. The other factor is the temperature difference between the surface and aloft. This is a powerful cold front; the larger difference in temperatures as the line moves through will allow for deeper convection. This could potentially enhance a hail threat. 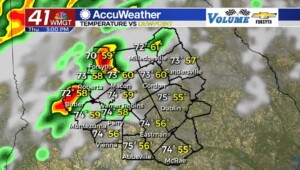 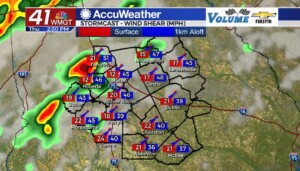 As for the limiting factors, the main one is lack of moisture. It will be plenty humid to begin our Thursday with temperatures and dewpoints in the upper 50s/lower 60s. However, as temperatures climb into the 70s during the afternoon, dew points are anticipated to stay in the low to mid 60s. Without the saturation at the lower levels the overall instability will be limited. A major limiting factor in terms of tornado potential is wind shear. Winds tomorrow at the surface are forecast to blow from the south-southwest at 12-24 mph. Gusts could push upwards of 40 mph. Winds 1km off the ground too will be blowing from the southwest, however at speeds likely over 40 mph. While there is wind shear in regards to change in speed, there is very little in terms of change in direction. Without the wind shear it is difficult for storms to begin to rotate. 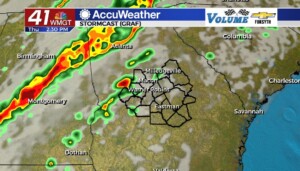 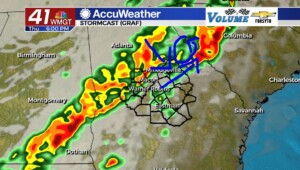 A couple of isolated storms are anticipated to form ahead of the line tomorrow afternoon, however given the limited wind shear they hopefully will not become supercells. They still could bring some hail, however. The line looks to push into Middle Georgia between 5-7 pm with the isolated storms potentially arriving as early as 1:30 PM in the afternoon. The line will bring the primary threat of straight line winds, however some hail or a brief embedded tornado will also be possible. The most likely scenario for tornado development tomorrow will be when the storms ahead of the line (moving northeast) merge with the line (moving southeast). This right now looks to take place in some of the northeastern counties of Middle Georgia tomorrow evening. 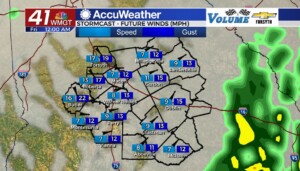 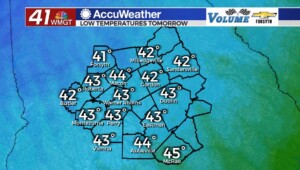 Once the line passes (should be around midnight for those furthest east) winds will shift to the northwest and temperatures will drop into the mid 40s. Cloud cover will likely stick around much of the night, however storms should subside around 10pm for the region. 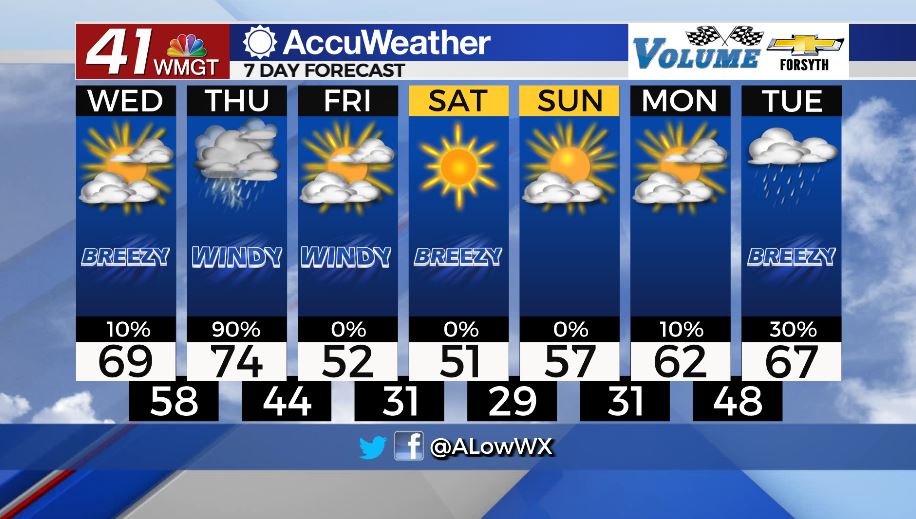