The senior holds plenty of records at Central. Here are a few:

Here’s Kristen on her accomplishment.

“It’s surreal just because I’ve seen so many of my other teammates sign, and it was always a thought in the back of my head as to whether I could do it or not. And now that I’m here, I’m doing it. It’s just something that I can’t explain right now.” 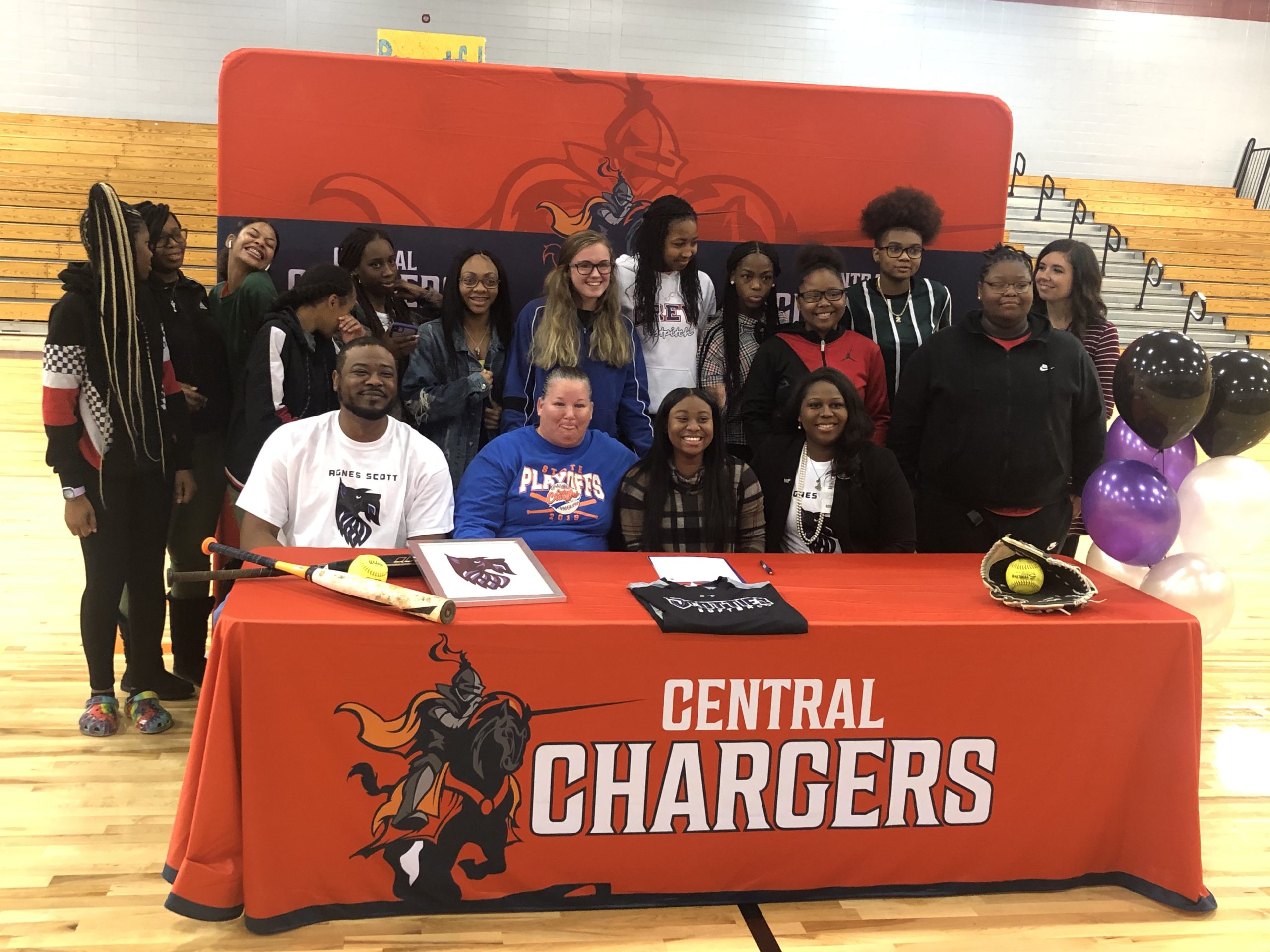 Kristen Gilbert (middle) posing for pictures, along with her family, head coach, and teammates.

Kristen is the only player in Central’s history to earn 1st team All-Region at two different positions in consecutive seasons. She’s also been a prime example of how student-athletes should carry themselves.

“She’s the true definition of a student-athlete,” said Raymond. “She cares about her grades. She cares about what she does on the field. She’s willing to come early and stay late. She does all the right things. She does the things that are needed and to be successful.”