Police identify 3 who died in Capitol breach, 1 from Georgia

Police Chief Robert Contee would not go into detail about the exact causes of their deaths and would not say if any of the three was actively involved in breaching the Capitol building on Wednesday.

Contee would only say that all three “were on the grounds of the Capitol when they experienced their medical emergencies.”

Greeson’s family says he had a heart attack. They described him as a supporter of President Donald Trump’s but denied that he condoned violence.

The Capitol Police say a fourth person, identified as Ashli Babbitt, was shot by an employee of Capitol Police while the rioters were moving toward the House chamber. She died at a hospital. 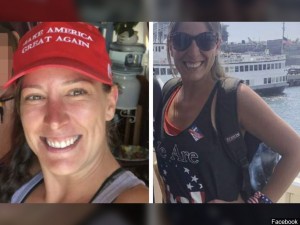 Ashli Babbitt has been identified as the woman shot dead inside the U.S. Capitol on Wednesday. Photo courtesy of MGN.

The siege at the Capitol by Trump loyalists came as Congress was certifying President-elect Joe Biden’s victory.

Categories: Across the Nation, Georgia News, US & World News