MACON, Georgia (41NBC/WMGT) — The Bibb County Sheriff’s Office is looking to identify and locate two suspects wanted in connection to a commercial burglary that took place in November.

According to the BCSO’s release, the incident happened at the Sherwin-Williams Paint Store off of Mercer University Drive at about 2:50 a.m. It was reported that the two suspects broke into the back of the store and took items before fleeing the scene on foot.

Anyone with information concerning this incident or the suspects is urged to call the Bibb County Sheriff’s Office at (478) 751-7500, or the Macon Regional Crime Stoppers at 1-877-68CRIME. 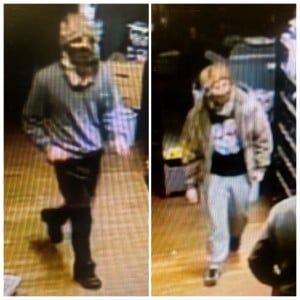