UPDATE (12/16) — The Monroe County Sheriff’s Office sent out an update Thursday morning saying that the silver Toyota Corolla with the tag number RMJ3806 has been located and interviewed, and ruled out as a suspect in the case of the fatal hit-and-run.

FORSYTH, Georgia (41NBC/WMGT) — The Monroe County Sheriff’s Office is searching for a vehicle that is suspected to be connected to a fatal hit and run that happened earlier in December.

According to the Monroe County Sheriff’s Office, the collision took place on December 4th 2021 on I-75 South near mile marker 173 where the vehicle in question was involved in the collision and then fled the scene.

An update from the MCSO says the vehicle wanted in connection to the vehicular homicide is a silver Toyota Corolla that should have damage to the passenger side and a Georgia tag number of RMJ3806. The driver is wanted for questioning. 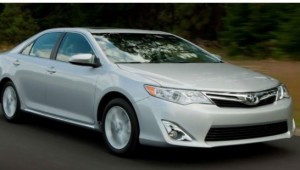