The 350-mile ride raises funds for the Paul Anderson Youth Home in Vidalia.

Five rides make the journey to raise funds for the home, which offers a second chance to young men in crisis.

“This bike ride continues to be one of the Home’s greatest traditions,” said Glenda Anderson Leonard, Co-Founder & President of the Paul Anderson Youth Home. “It is so inspiring to see these young men train, set goals, and then have the satisfaction of reaching them.”

According to the Paul Anderson Youth Home, the event commemorates its founding in 1961, when former Olympic gold-medal winner Paul Anderson hopped on a bicycle and rode from Vidalia, Ga., 1,200 miles to Omaha, Neb. According to a PAYH news release, Anderson “did this for the same reasons the five boys do it today, to raise funds and awareness of the mission to give troubled young men a second chance through Christ. Now 60 years later, the Paul Anderson Youth Home celebrates more than 1,400 lives changed through a process of recovery, restoration, and redemption.”

This year’s goal is to raise $145,500. Funding will allow the home to carry out its mission of helping troubled youth effectively.

You can learn more about each rider’s story and how to contribute by visiting payhbikeride.com.

ABOUT PAUL ANDERSON YOUTH HOME
Founded in 1961 by weightlifting world champion and Olympic gold medalist Paul Anderson and his wife, Glenda, the Paul Anderson Youth Home (PAYH) is a Christian residential program, with an on-campus school for young men between the ages of 16 and 21 struggling in the areas of behavioral problems, and issues of discipline, anger, and depression. PAYH is accredited by the Commission on Accreditation of Rehabilitation Facilities (CARF). In addition to counseling and character development, PAYH offers an accelerated learning program enabling residents to graduate with a high school diploma and technical certifications. To date, over 1,400 young men have attended the program. The Home is located at 1603 McIntosh St. in Vidalia, GA. To learn more about PAYH, call (912) 537-7237 or visit www.payh.org. 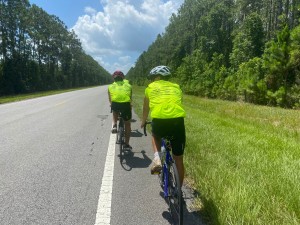 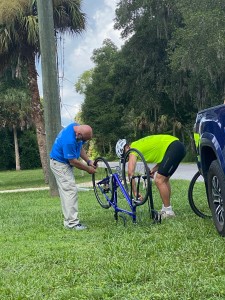