Deputies say that Steward reportedly walked into the store. The cashier asked him if he had an order, but Stewart responded “no.”

Afterward, deputies say Stewart threatened to shoot up the pizzeria if he didn’t receive any cash. After not receiving any money, Stewart walked into the restroom.

Authorities say while Stewart was in the restroom, one of the restaurant employees retrieved a gun and held Stewart at gunpoint until deputies arrived.

No one reported any injuries during this incident. 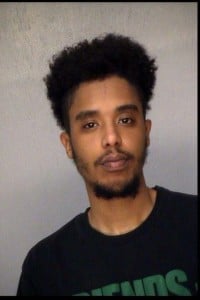 Deputies took Stewart to the  Bibb County Law Enforcement Center and charged him with:

Stewart does not have a bond at this time.

If you have any additional information about this incident, call CrimeStoppers at 1-877-68-CRIME.