MACON, Georgia (41NBC/WMGT) – An 18-year-old was arrested this week following a fatal accident in Macon this month. 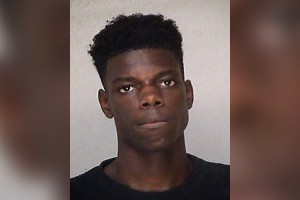 Deputies say he was a back seat passenger in the vehicle that overturned on February 17, resulting in the death of 14-year-old Shakela Hill.

Brown is charged with two counts of theft by receiving stolen auto and stolen firearm. His bond was set at $4,700.

He has posted bond.

A 15-year-old, who deputies say was driving the vehicle, was arrested after the crash and charged with theft by receiving stolen auto, reckless driving, felony fleeing and eluding and felony murder.

Deputies are seeking the public’s help in finding Dontavious’ 17-year-old brother Drequan, who has warrants for two counts of theft by receiving stolen auto and stolen firearm. Deputies say Drequan was a front seat passenger in the vehicle.