Bibb deputies: 3 charged after plan to get drugs inside jail

Deputies say they got a tip Monday about a “possible plan” by inmates to have drugs brought in from the outside. 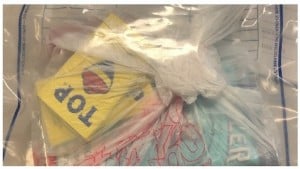 Investigators say they monitored phone conversations from 40-year-old inmate John William Haygood to his girlfriend, in which they say he instructed her to drop off the drugs to him.

Haygood was in jail but on an outside work detail at the sheriff’s office’s car wash/gas pumps.

Investigators say they watched a friend of Haygood, 21-year-old Kyle Quinton Guilliams, drop off a package in the trash can at the 7th Street Macon-Bibb gas pumps. Investigators recovered the package and it contained about three grams of methamphetamine and tobacco contraband.

Deputies say Guilliams had been instructed to drop the package at the Hazel Street gas pumps but made the drop at the wrong location by accident. 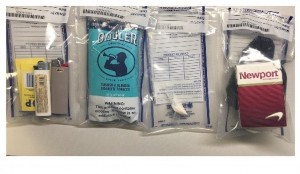 Deputies and investigators then went to an address in the 4300 block of Ayers Road and took Guilliams into custody.

Guilliams was taken to the Bibb County Jail and charged with use of communication facilities in drug transaction, conspiracy to commit a felony and possession of methamphetamine with intent to distribute.

Both are being held without bond.

Haygood was returned to the main jail and faces additional charges of conspiracy to commit a felony, attempt of conspiracy to violate Georgia controlled substance act and use of communication facilities in drug transaction.

He is also being held without bond.