UPDATE: According to an update from the Bibb County Sheriff’s Office, Investigators found Collier had checked himself into Atrium Health Navicent under a different name, but was later identified on August 19, 2021.

MACON, Georgia (41NBC/WMGT) — The Bibb County Sheriff’s Office has sent out a release calling for the public’s help in finding a missing person.

64 year-old Eddie Collier Jr. of Macon hasn’t been seen since August 12, 2021, when he was released from a local hospital. According to the sheriff’s release, the Bibb County Sheriff’s Office was contacted about the incident around 7:50 a.m. on August 18, 2021.

Collier is described in the release as a black male, with a height of 5 feet and 8 inches and a weight around 160 pounds. Collier has bushy gray and white hair with a beard, and suffers from medical issues.

The release also says its been reported to investigators that Collier had been living in an abandoned home on Robert Henry Street and is known to frequent the Houston Avenue area.

Anyone with information about where Collier might be is asked to contact the Bibb County Sheriff’s Office at (478) 751-7500 or Macon Regional Crime Stoppers at 1-877-68CRIME. 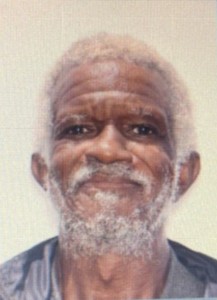