Jones says the wreck happened at 12:30 p.m., and that Bibb County Sheriffs, EMS, and the Fire Department are on scene. 911 Operator Alicia Rogers says the wreck involved 2 vehicles, and that one of the vehicles ended up in the bushes, and another crashed into a nearby pole. Rogers confirmed that 3 people have been sent to Navicent but there haven’t been any reported deaths.

Stay with 41NBC for more updates as this is an active investigation. 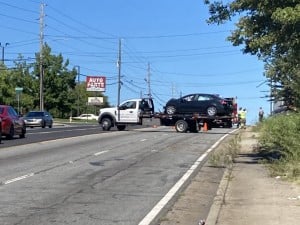