Arrest made for shooting at the M&M Grocery Store

MACON, Georgia (41NBC/WMGT) — The Bibb County Sheriff’s Office made an arrest in connection to an aggravated assault incident that happened in the early hours of Thursday just before 2:00 a.m.

According to the BCSO, the incident happened at the M&M Grocery Store off of Montpelier Avenue. When deputies arrived at the store, they found 23 year-old Jonas Mason Walker in the hallway of the store with a gunshot wound in the torso and the leg. Walker was taken to the hospital where he is now in critical condition.

After some investigation, deputies arrested 25 year-old Darrion Lakeith Williams in connection to the crime. Williams is being charged with aggravated assault and probation violation. 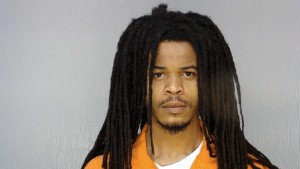