Another round of scattered storms for Middle Georgia 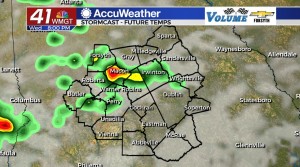 The storm activity began a bit earlier for us in Middle Georgia today. In fact, Macon, Warner Robins, and several others along the I-16 corridor saw rain early to begin our Wednesday. The southern counties began to see thunderstorms fire up as the later lunchtime hours came on. A few more scattered storms may pop up around the region later this evening, however we likely will not see them as widespread as they were at this time yesterday. Any storms could still have some heavy rain, small hail, relatively strong wind gusts, and frequent cloud to ground lightning. Temperatures will stay in the lower 80s and upper 70s through the evening hours. 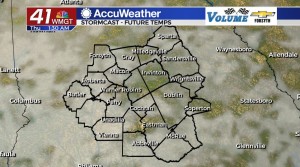 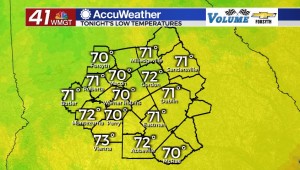 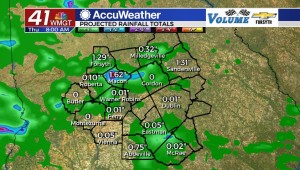 Storms should begin to taper off as we roll into the overnight hours with only a couple of showers remaining as midnight approaches. Overcast skies will hang over Middle Georgia through the night as temperatures drop into the lower 70s. A couple of spots may drop below 70 degrees. There will also be a chance for a couple of spots to wake up to patchy fog in the morning as well. 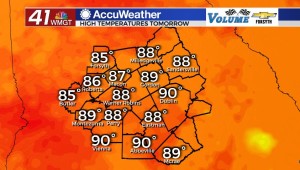 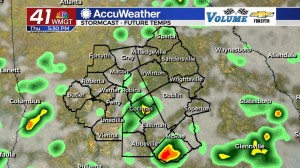 It will be a cloudy (and potentially for some a bit foggy) morning around the region, however we should see a little bit of sun ahead of the lunchtime hours. We will begin to see isolated showers and storms begin to fire up around the region as we go through the lunchtime hours. Highs will be in the mid to upper 80s with heat indices in the upper 80s and lower 90s. Afternoon storms will likely bring heavy rain, some small hail, relatively strong wind gusts, and frequent cloud to ground lightning. 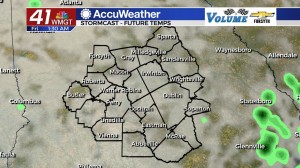 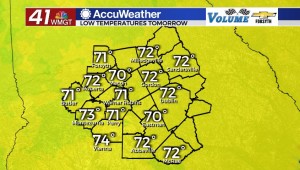 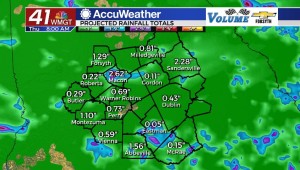 A couple of storms could last into the early overnight hours, however the majority of rain activity will subside with the sunset. Conditions will remain humid overnight as clouds remain in a blanket overhead. Lows will mainly be in the lower 70s with a couple of spots dropping just below 70. Fog could set in ahead of Friday morning in locations that see late night rain and little wind.

Friday and The Weekend 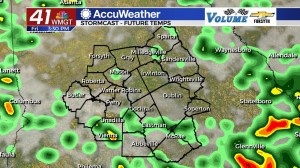 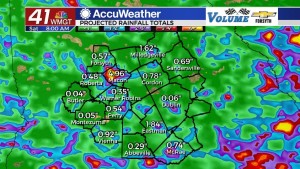 Friday currently looks to be our best chance for rain around the region this week. Storms will be widespread during the afternoon and evening hours. Highs will reach the mid to upper 80s around Middle Georgia, keeping the cooler trend alive into the Fourth of July weekend. A few storms will persist into the overnight hours, however they should clear before Saturday morning arrives. Lows will be in the upper 60s and lower 70s.

Saturday will see the return of the sun (to a degree) around Middle Georgia. We will still see cloud fields during the afternoon along with a few isolated storms, however the added sun will raise temperatures back into the upper 80s and lower 90s. Lows will drop into the lower 70s overnight under partly cloudy skies.

Sunday will be similar to Saturday however more locations will climb into the lower 90s. We will still see a few isolated storms during the afternoon, however there will likely be a bit less cloud cover than Saturday. Partly cloudy skies will persist overnight as lows drop into the lower 70s. 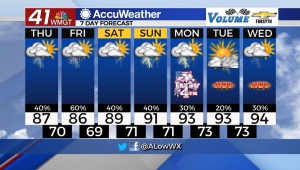